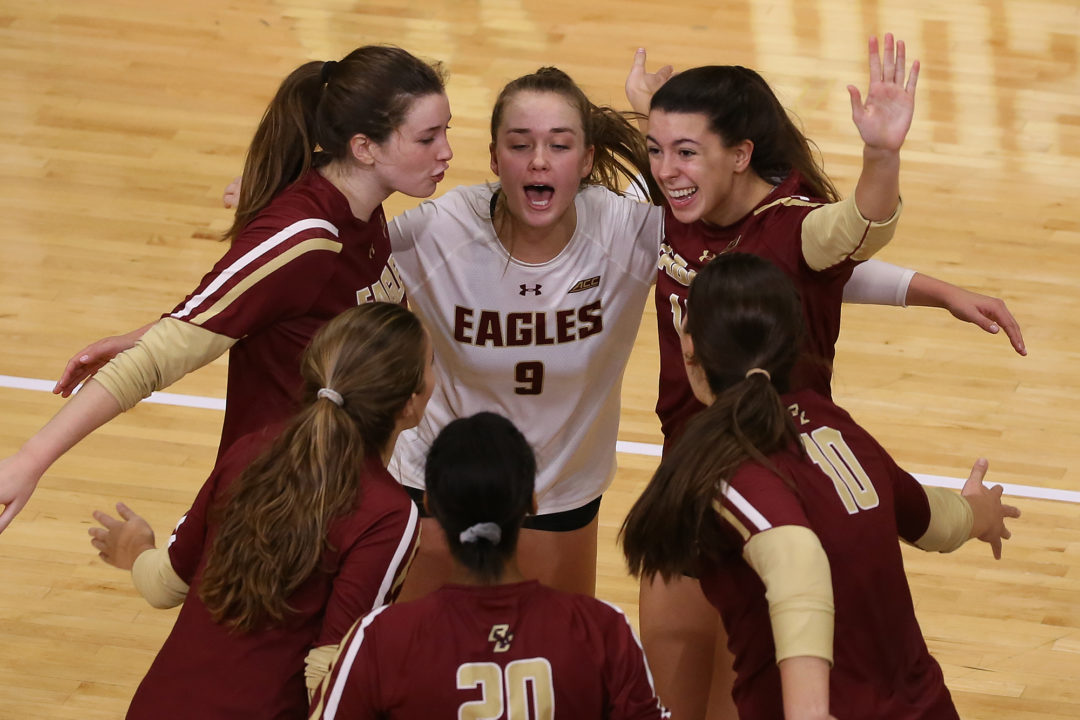 Pitt nailed down the top spot in the league at the midway point, edging past Louisville in four sets, while Syracuse, Florida State, Boston College and Miami also held home court.

Bucking the trend were Duke, which topped Virginia Tech in five, and Notre Dame, which won in four at Virginia.