Pitt Withstands Challenge from Louisville in 4, Stays Perfect at 22-0 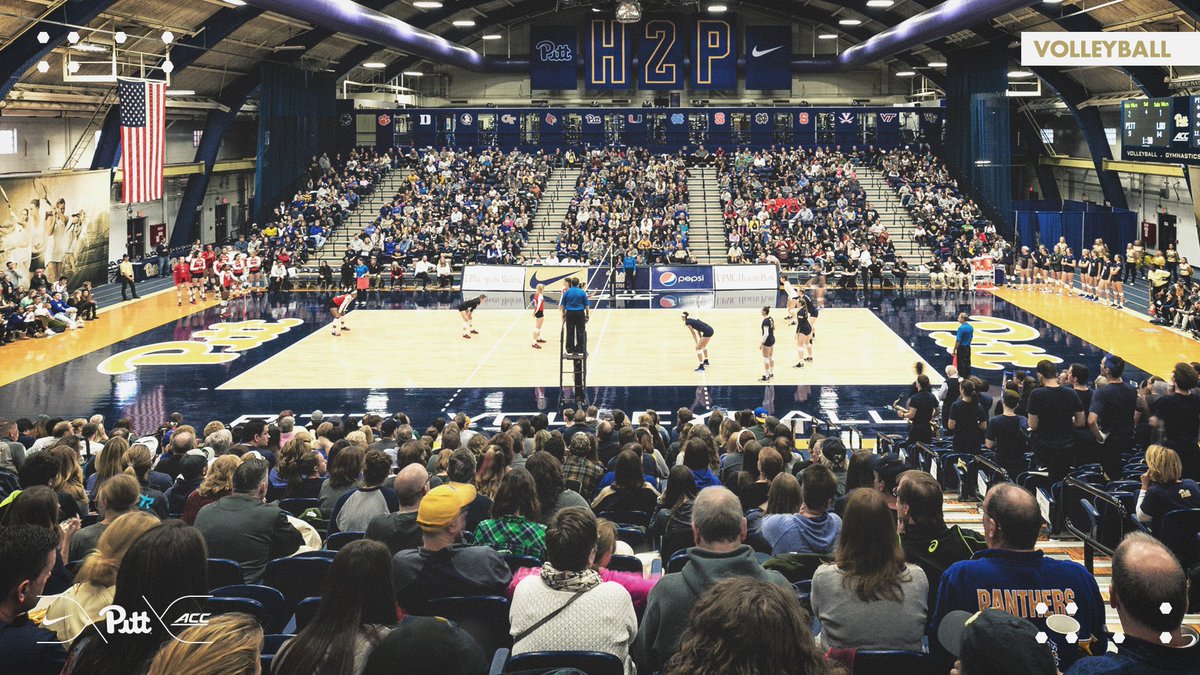 Pitt continued its historic season, extending its win streak to 22 matches, while posting its best ever ACC start (10-0) with a four-set win over co-league leader Louisville on Sunday.  Current Photo via Pitt Athletics

Pitt continued its historic season, extending its win streak to 22 matches (longest since 1987 – 24) and posting its best ever ACC start (10-0) with a four-set win over co-league leader Louisville on Sunday.

WE DON'T KNOW ABOUT YOU

YOU DID IT, PANTHER NATION.

Louisville took advantage of four Pitt miscues early in Set 1 to jump ahead 10-5. The Panthers made their comeback with six straight points after falling behind 13-9. Van Buskirk notched two blocks and an ace in the rally which put Pitt up 15-13. The Cardinals countered with a 5-2 run of their own to grab an 18-17 edge. The back-and-forth battle continued with a 4-1 Panther run, which gave the team a 21-19 lead it would not relinquish. A Markovic kill and a stuff by Van Buskirk and Williams sealed the victory at 25-22.

Down 5-2 in Set 2, Pitt charged back with nine of the next 10 points including a kill and ace each by Markovic and Williams. Louisville called timeout and chipped away eventually turning a 13-10 deficit into a 14-13 lead with two Wilma Rivera aces. The Cardinals led by two at 22-20, before succumbing to a 3-0 Pitt run. After a timeout, Louisville got a kill and a block from Roe to earn a set-point try at 24-23. Williams evened the score at 24 with a kill and gave the Panthers a set-point try of their own with a block. A hitting error put the home side up 2-0 in the match.

Once again, Louisville was in control early, going up 6-3 with kills by five different players. A kill and a block by Jasmine Bennett and an ace by Mia Stander put the Cardinals up four at 13-9. Pitt scored 13 of the next 19, with help from six Uofl miscues, three Williams putaways and an Angela Seman ace. Down 22-19, Louisville scored four of the next five to earn a set-point try at 24-23. Pittsburgh answered with kills by Williams and Van Buskirk to earn a match-point try at 25-24. The Cardinals fought back and extended the match with a final 4-1 push, including two blocks by Piper Roe to clinch the 28-26 win.

Louisville carried the momentum into Set 4, racing out to a 16-6 advantage including five kills and a block by Green. Pitt turned the tables with a 15-1 run to seize a 21-17 lead of its own. Markovic served up three aces and Van Buskirk chimed in with two kills and three blocks in the rally, which also saw Louisville give away four points on errors. Green finally broke up the run with a kill and Bennett and McHenry added two more to cut the margin to three at 23-20. It was too little too late, though, as Lund pounded down back-to-back kills to finish off the comeback and keep Pitt perfect on the year.

Pitt returns to action on Friday against Wake Forest. The match is the first of four straight road matches for the Panthers.

Louisville is back on the court on Friday, when the Cardinals kick off a four-match home stand against Boston College.