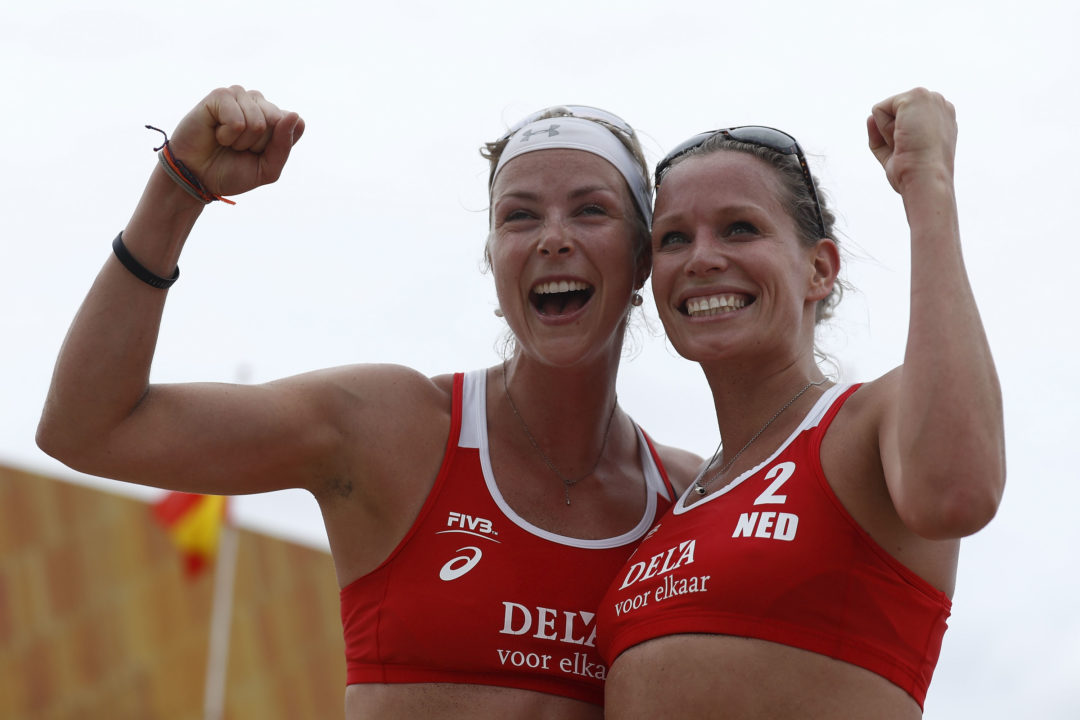 Dutch beach star Sanne Keizer was away from the sport for almost four years, after taking a long time off to focus on her family since she had given birth to twins. Upon her return to the sand in early January, it’s safe to say that she has exceeded even the most optimistic performance goals so far.

The 33-year-old veteran, who started the season with 0 ranking points, was able to gather enough fuel in 10 World Tour stops, including a gold medal at this year’s EuroVolley, to compete in the 2018 World Tour Finals, where just the top ten teams in the world get the right to fight for the gold medal. Here is what she had to say of her surprising performance (Cev.lu):

“It’s a present for me. I always try to set realistic goals and I didn’t think that playing here was one of them when the season started. We worked hard and our level improved a lot in the last weeks. I think we were a little lucky to peak at the right time and I’m glad it took us here. “I had some struggles to start with, especially on the physical side. I had a great team by my side and they had me in shape to play in February. But that wasn’t all, because I had to learn to play as a defender. I’d say that just in the last month I found a good balance in all those factors and I’m happy about this new situation.” “It has been very exciting for sure because we could never know how it would go as a new team. These six months gave me a lot of energy to keep fighting for our goals. We want to fight for a medal in Tokyo and to see we are already in position to do that is great, but we still want to get more consistent as a team.”

The 2002 World Champion, 2012 Olympian, and 2x EuroVolley Champion (2012 and 2018) Keizer has also recently stated that she wants to participate at the 2020 Olympic Games as well. With her recent performance, her chances of going to Tokyo are very high.