Agnieszka Kakolewska Rejects Offer From Modena, Will Remain In Poland 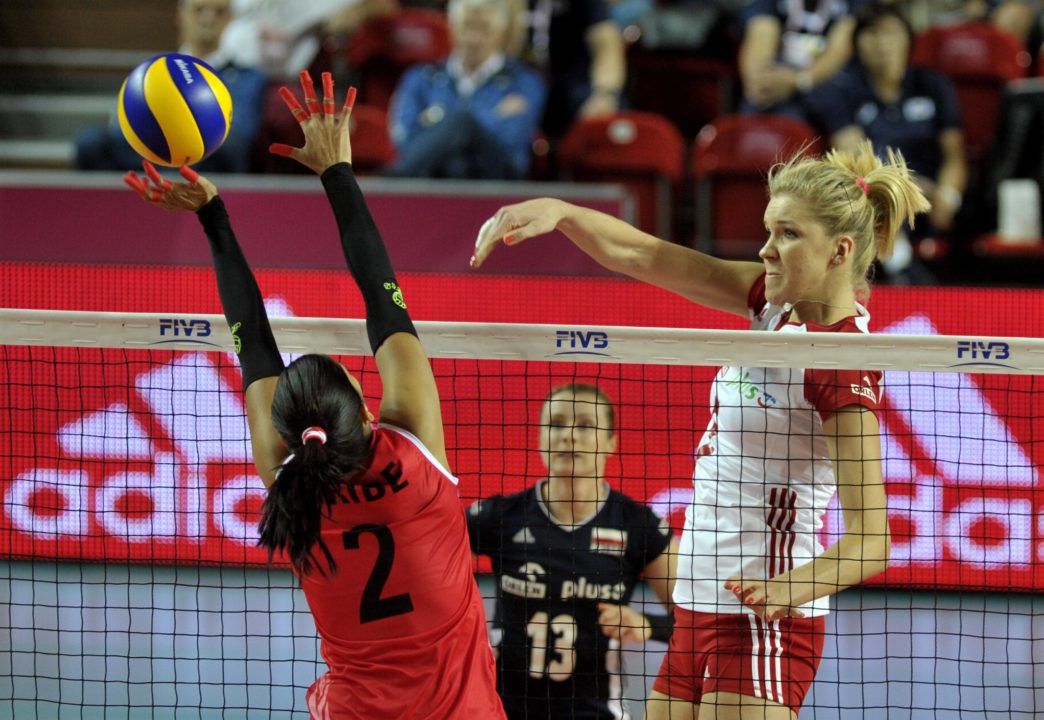 Polish social media went on a frenzy this weekend, as Jakub Dolata, an influential Polish volleyball manager, had announced in his twitter that a leading Polish player had received a serious offer for an immediate transfer, and that her decision was to be made in the next few hours. After much speculations and guesses, It turned out that the player was Agnieszka Kakolewska, of Lodz, and that the team was Liu Ju Nordmeccanica Modena. After taking a few hours to decide, Kakolewska opted to stay in Poland and finish the season with her current team.

It makes sense than an Italian club would try to steal away one of the rarest gems in Polish volleyball. After all, Kakolewska is 6’6″, spikes and blocks at well over 10 feet, and made her debut for the Polish senior national team at 18 years of age. However, the timing seems suspicious, as why would Modena be so anxious to make an offer to a player, that even if she agreed, wouldn’t be able to play for the team until next year, per Italian league rules?

Agnieszka Kakolewska, despite the offer of the Italian league decided to remain in @budowlani_lodz the end of the current season and fight with her colleagues in the team for the Polish Championship and the Polish Cup. @SiatkarskaLiga