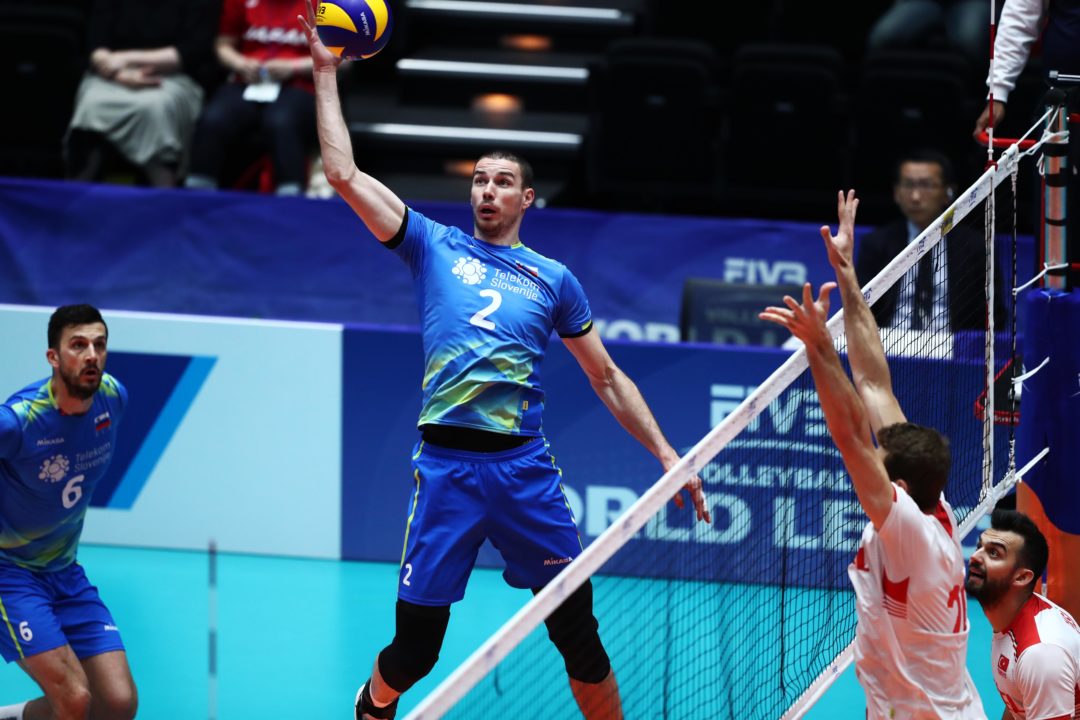 After two years in Turkey’s Fenerbahçe, Alen Pajenk has inked a deal to once again play for Italian club BluVolley Verona (formely Calzedonia Verona) per the team’s official website. The 31 year old 6’8″ Slovenian star middle blocker played the 2010/2011 season for the team. He is no stranger to the Italian fans, having also won a Scudetto and an Italian Supercup with Lube Macerata in 2011/2012.

Pajenk had a success Slovenian domestic career, being a three-time Slovenian Champion (2008, 2009, 2010). As a member of the national Slovenian team, he was a gold medalist of the European League in 2015 and a silver medalist of the European Championship of the same year. As a member of Polish club Jastrzębski Węgiel in 2013, he led the team to a surprising bronze medal in the CEV Champions League.

“I’m happy to return to Verona, and to a competitive league. I come back to a city I know and where I found myself happy. I had a very good season when I wore Verona’s yellow color. It was my first year abroad, out of the Slovenian championship, and now I’m back with a lot more experience behind me. The goal for me, as always, is to win and I believe that even in the CEV Cup we can go far.”

“We were looking for an attack center. Pajenk was one of our goals and we are happy that he signed with us. He is an experienced Slovenian national player, who played and won in our league. “

Pajenk will be joined in the team by American Thomas Jaeschke. Samuel Holt and Taylor Sander have also played for Verona in the past.