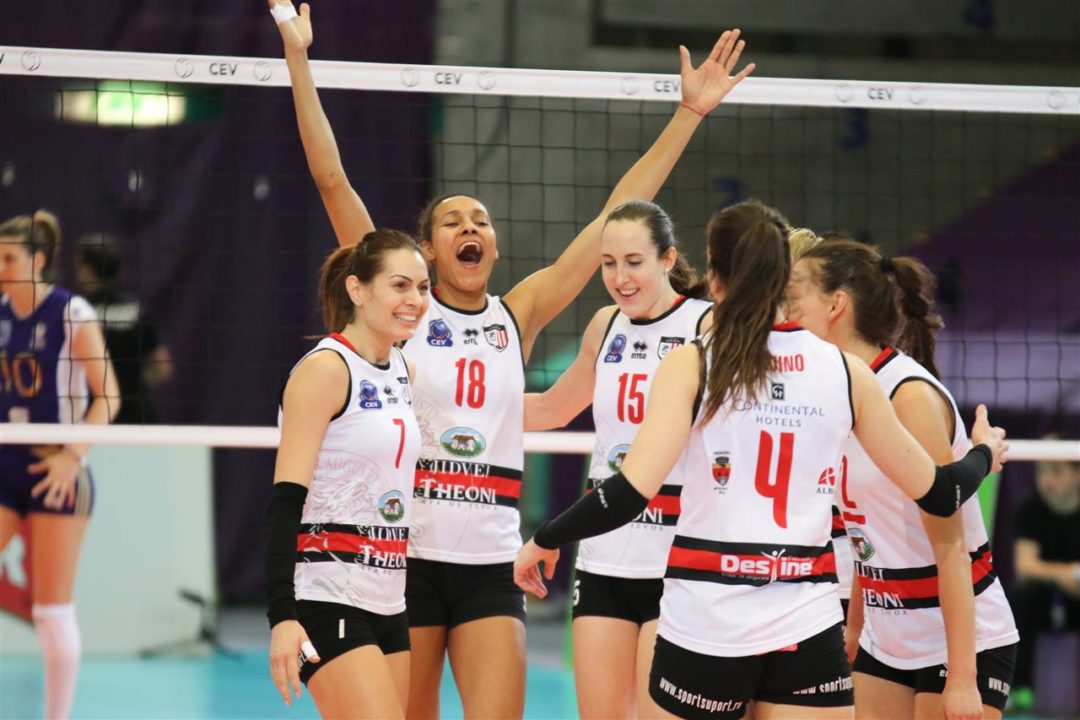 The 2018 CEV Women's Champions League Playoffs 6 are starting today but the hosts, CSM Volei Alba Blaj, of the Final Four are preparing for the next round by bringing in two strong Serbian players to back up the team. Current Photo via CEV

The 2018 CEV Women’s Champions League Playoffs 6 are starting today but the hosts, CSM Volei Alba Blaj, of the Final Four are preparing for the next round by bringing in two strong Serbian players to back up the team.

Alba Blaj has brought in Natasa Krmanovic and Tijana Malesevic to help the team in the Final Four. The Serbian duo recently finished their season with Seramiksan who ended the 2017-18 season in 10th place with an 8-14 record.

Krmanovic has participated in the Champions League Final Four twice in her career (2011 and 2013) both with Rabita Baku of Azerbaijan. On the other hand, Malesevic will be participating for the first time at this stage of the competition. Malesevic is a member of the Serbian National Team who won the silver medal at the Olympic Games in Rio and won the gold at the 2017 European Championships, so she is no stranger to success.

Alba Blaj will bypass the Playoffs 6 as they were selected as the hosts for the Final Four, giving them an automatic spot in the finals. The team has been extremely successful so far in the Champions League, with a 5-1 record in the fourth round – losing only to Volero Zurich in their final match of pool play.

The addition of Krmanovic and Malesevic will help reinforce the team in the Final Four and will help Ana Yilian Cleger Abel. Cleger Abel is the team’s leading scorer and the third overall in the competition with just 6 matches under her belt, having 140 points so far for an average of 6.09 points per set.