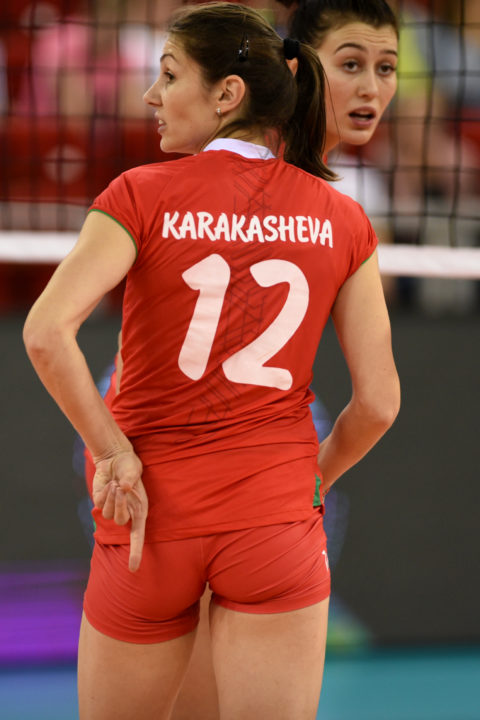 Romania is the 18th-ranked team in European volleyball. The nation, which hosted last year’s CEV European Champions League final 4 and was gifted a spot in that tournament, was viewed as an also-ran, there via a default invite, but not belonging with the powerhouses that it accompanied.

Then, for the first time in the country’s history, their representative Alba Blaj not only competed in the Final 4, but won it’s first match in a dominant-looking 3-1 victory over Turkish power Galatasaray before eventually falling to the world’s best pro team, VakifBank Istanbul, 3-0 in the final.

In that moment, though, Romanian volleyball earned respect – not only as hosts of the tournament, but as a legitimate European volleyball outlet. In spite of the new CEV Champions League formula, which has Alba Blaj starting in the 2nd round (of a possible 4 rounds of entrance to the tournament, with 1st round being the lowest-seeded teams and 4th round being the highest-seeded), the team is building off its momentum from last year with several big new additions to the club.

The reinforcements were badly-needed, as several of Alba Blaj’s players springboarded from their Champions League success into bigger leagues for next season. That includes the team’s leading scorer Ana Creger, who left to join Lokomotiv Leningrad after scoring 27 points in just 4 sets in that semi-final win over Galatasaray.

Among the key additions are Ana Lazarevic, who was the MVP of the Greek Hellenic Cup in 2017; and opposite Mariya Karakasheva, who transfers from Alba Blaj’s chief domestic rivals CSM Bucharest. Karakasheva was named the MVP of the final 4 of the 2018 European Women’s Golden League – the continent’s major national team tour of early summer for squads not competing at the Nations League.

The team also brings in two new setters, Lucie Smutna and Lora Kitipova, with the Czech national Smutna being the odds-on-favorite to take over the starting role.

Also joining the team is American outside hitter Sonja Newcombe, who is a sometimes-member of the U.S. National Team, including at the 2013 FIVB World Grand Prix, 2014 Montreux Volley Masters, and 2017 Pan-American Volleyball Cup competitions. She spent last season in Brazil with Minas, and while she’s played all over the world, including in Europe, Asia, and South America, this will be her first foray into the Romanian league.