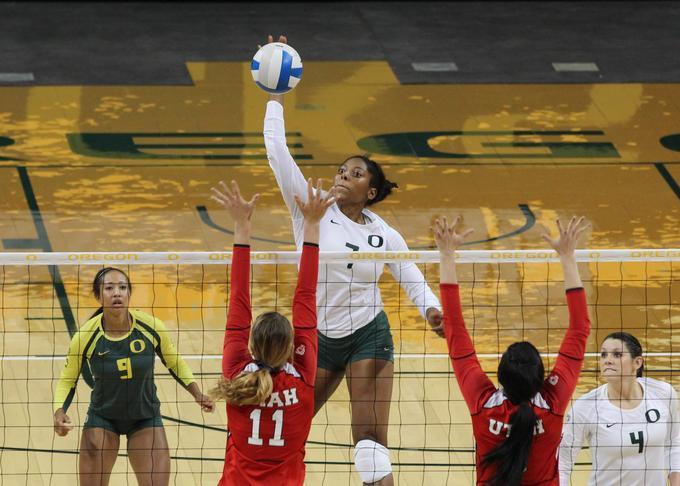 Former Oregon Duck, Arianna Williams, has signed with Stella Es Calais in France for the 2018-2019 season. In her senior season, Williams posted 333 kills averaging 3.03 kills per set ending with a .344 hitting percentage. Defensively Williams also contributed 104 blocks including 17 solo blocks. She was an instrumental part of the 2012 Oregon Ducks squad that were runners up for the NCAA Championship. Earlier in her career, Williams was named the 2010 and 2011 most improved player by the team.

Professionally, Williams has been playing in France since graduating in 2014. In her first season she played with Hainaut, but has been playing for Sens since 2015. This past season, she finished fifth in the league with Sens whereas Stella ES Calais finished third. Calais most recently won the 2014-2015 French Cup.