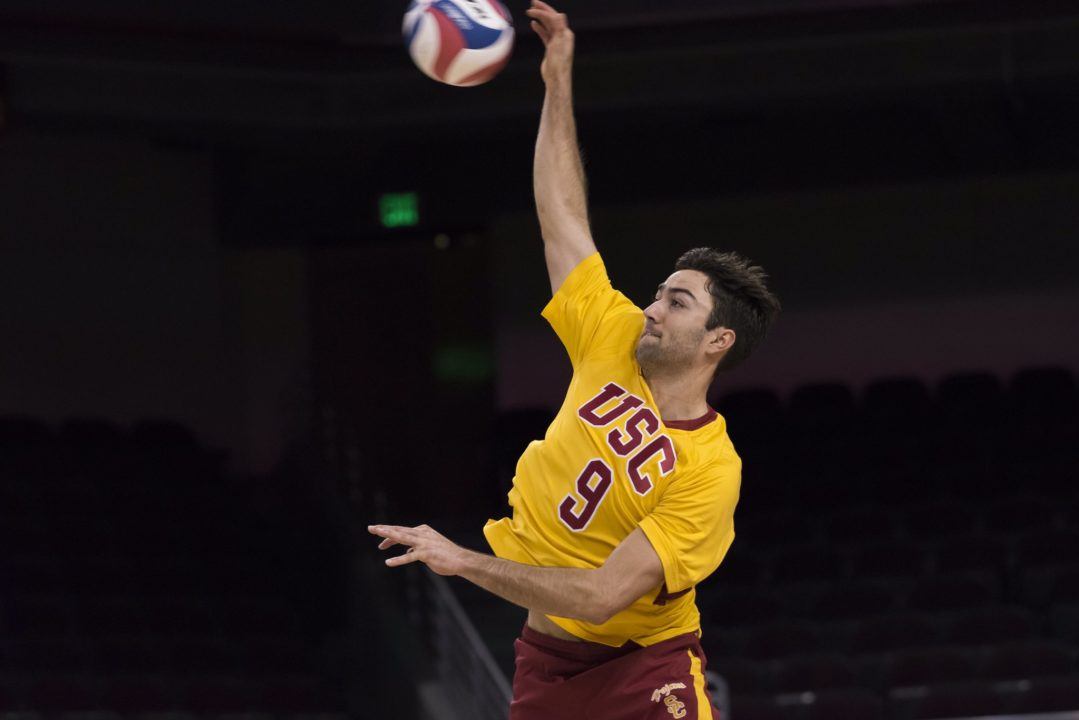 After spending only one season playing professionally in Slovenia, American Alex Slaught has transferred to Spain, signing with Unicaja Almeria. Slaught spent only four months in Slovenia playing for ACH Volley, his first season playing professionally overseas. Although ACH Volley won the Slovenia League title for the 13th straight season and the MEHZA Cup for the 8th time, he has moved on to play for a team that historically has been a power in the Superliga, the top league in Spain.

Slaught entered the University of Southern California with high expectations after being named an AVCA first team All-American as a high school senior in 2012. However, his tenure for the Trojans had its up and down moments. Although he was predominantly a starter, he also spent significant time coming off the bench during his career. The 6’4” outside hitter finished his college career with 689 kills, 318 digs, 90 blocks, and 60 aces, but his teams never advanced further than the MPSF semifinals.

Unicaja Almeria failed to win the Superliga in 2017 after doing so in three of the previous four seasons. In their history, they have won 11 Superliga titles, 10 Copa del Rey titles, and 7 Spain Supercups. Ca’n Ventura Palma is the defending Superliga champion.