American Matt Anderson Re-Signs With Zenit Kazan For Another Season 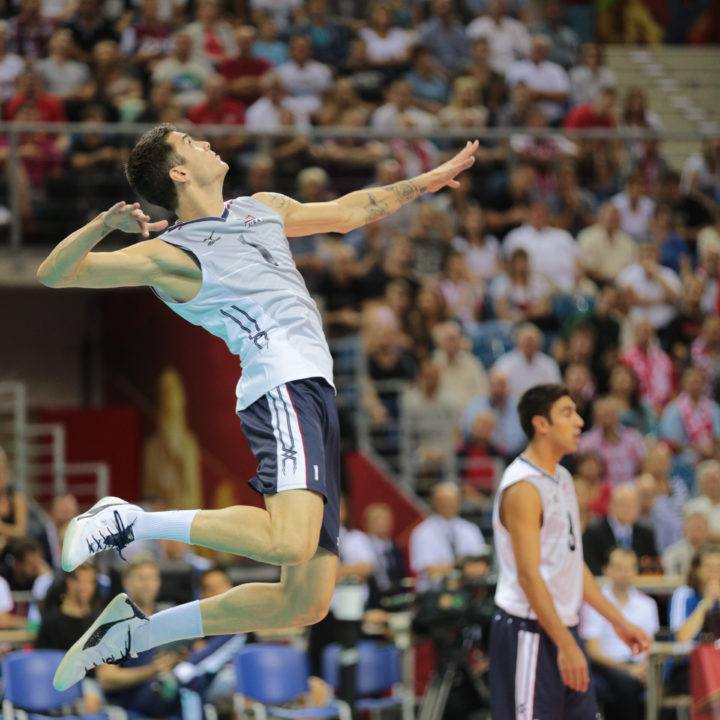 Matt Anderson, the second-leading scorer at the 2016 Olympics, will stay in Russia for another year. Current Photo via Grzegorz Gigol

American star Matt Anderson has re-signed with Russian club Zenit Kazan for another season, meaning that he’ll have another year as an outside hitter with Europe’s top club. Anderson made the announcement on his personal Instagram account, and it was confirmed by USA Volleyball last week.

Anderson has been on two Olympic teams for the United States since graduating from Penn State in 2008. He played on the team in London, when the Americans lost in the quarterfinals, and in Rio, where they defeated Russia for a bronze medal. Anderson was the United States’ leading scorer in the Olympics with 128 points (second only to Brazil’s Wallace de Souza among teams that made it to the semi-finals) and also ranked 4th with .32 aces/set.

Zenit Kazan currently ranks atop the Russian League in 2017. Through 20 rounds of play, they have 58 points with a 60-7 set record – leaving them 11 points clear of second-place team Dynamo Moscow.