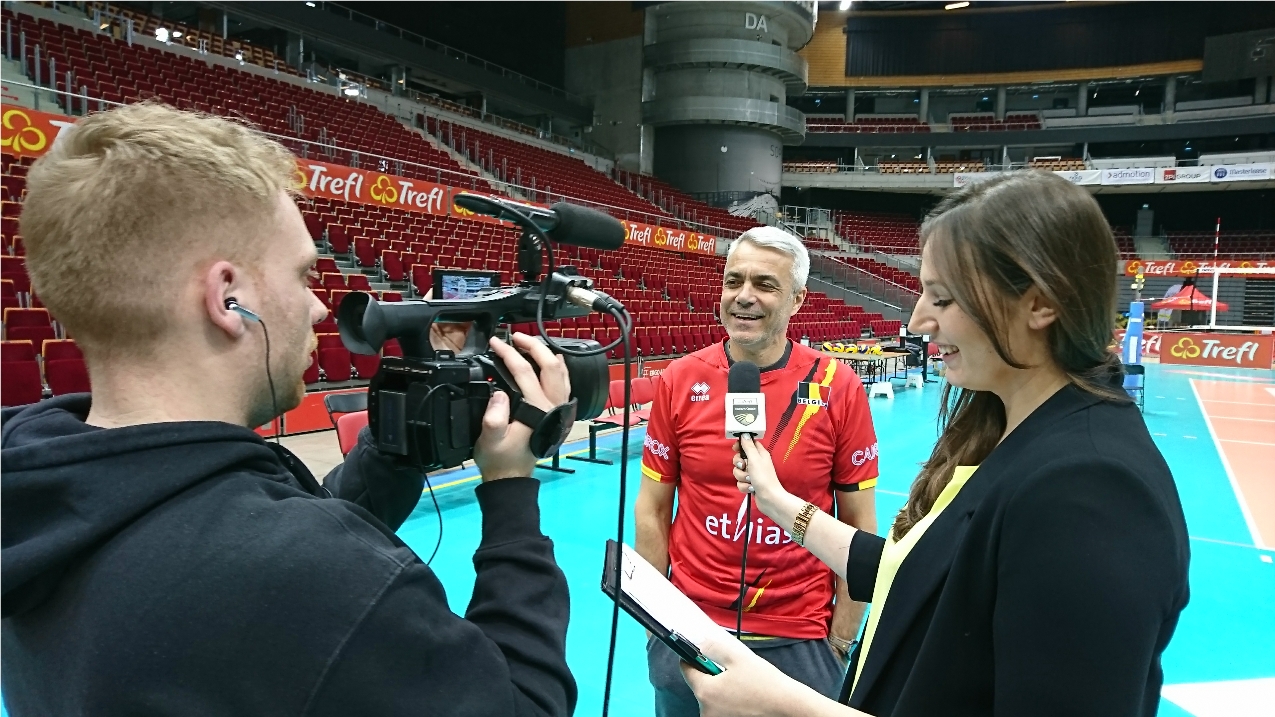 Italian coach Andrea Anastasi has been announced as the new Belgian men’s national team head coach, according to the CEV. Anastasi, who currently coaches Trefl Gdansk in Poland’s PlusLiga, has an impressive international resume, having already coached Italy, Spain, and Poland. His contract will run through 2019, but will qualify for a one-year extension in case the team qualifies for the 2020 Tokyo Olympics. Here is how the coach reacted:

“I am proud to be the new head coach of Belgium and I want to help the team achieve great results. The most important goal this season is the World Championship in Italy and Bulgaria. Belgium had an amazing result at the European Championship last season and they have a great national team. Sam Deroo is an amazing player, although he plays for our opponent, Zaksa, but I am sure he will do even better when working with me (jokingly). Belgium has good players who play in France, Italy, Iran, and all over the world.”

The news came almost at the same time as Trefl Gdansk announced that it had extended Anastasi’s contract with the club. He made it clear for both fan-bases that he will be able to conciliate both jobs:

“At the same time I am very happy that I will stay in Gdansk. From the beginning of my work here I have repeated that I strongly believe in this project, which we started four seasons ago, and nothing changes in this matter. Combining these two functions – Trefl Gdańsk’s and Belgian national team’s coach – definitely can be conciliated. The season in Belgium begins after the end of PlusLiga and ends also before the league begins in Poland. Of course, I will not be in Gdansk during the preparatory period, but after the last four years of cooperation with my training staff, I am convinced that the team will be in very good shape at the start of the competition.”

The Belgian national team is currently the 15th best ranked team by the FIVB.