Another Day, Another School Record for Rutgers Volleyball 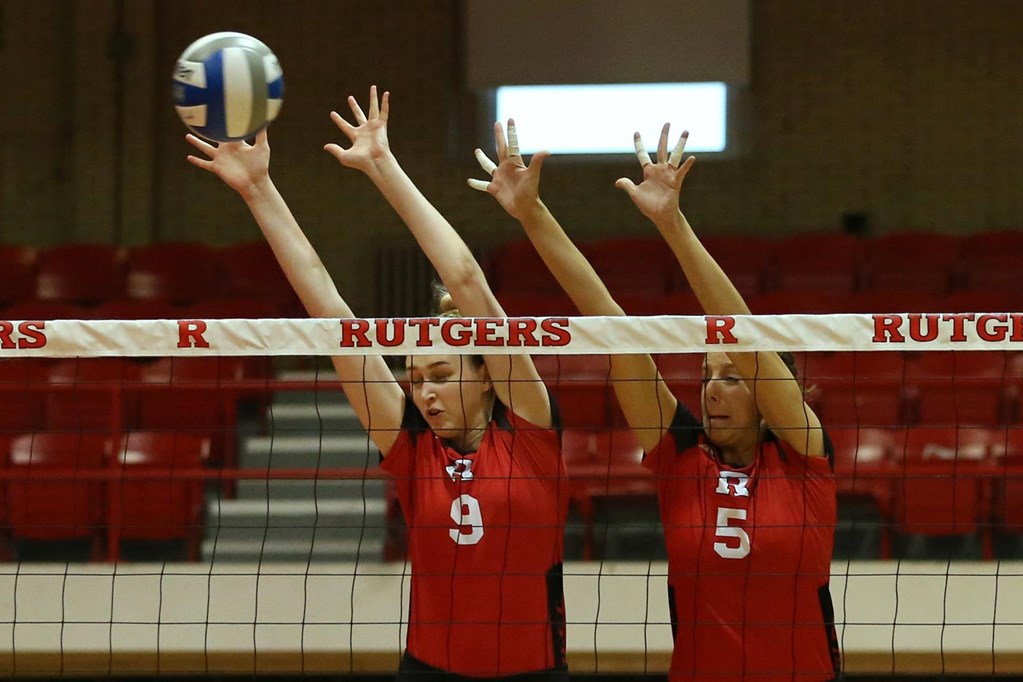 It's only September 8th, but Rutgers has already matched their 2017 win total of 5. Current

Rutgers junior middle blocker Stasa Milejevic recorded 10 blocks in the team’s 3-1 win over Navy on Saturday, marking the 2nd school record broken by the team in as many days.

The Serbian-born Miljevic had 1 solo block and 9 block assists, part of a 15-6 overall blocking advantage for Rutgers in the match. The total breaks a four-way tie for the 25-point, rally-scoring-era school record for blocks in a 4-set match, which was previously shared by Eden Frazier (who had 9 blocks in 3 different matches in 2015), and Mikaela Matthews (who had 9 against Houston in 2013).

Miljevic led the team in scoring with 7 kills in addition to her 10 blocks.

Another European import, freshman setter Inna Balyko, broke the Rutgers Record for assists in a 3-set match on Friday.

Rutgers finished the tournament with a 2-1 record, lifting them to 5-5 on the season so far. Those 5 wins already match their total for the entire 2017 season.