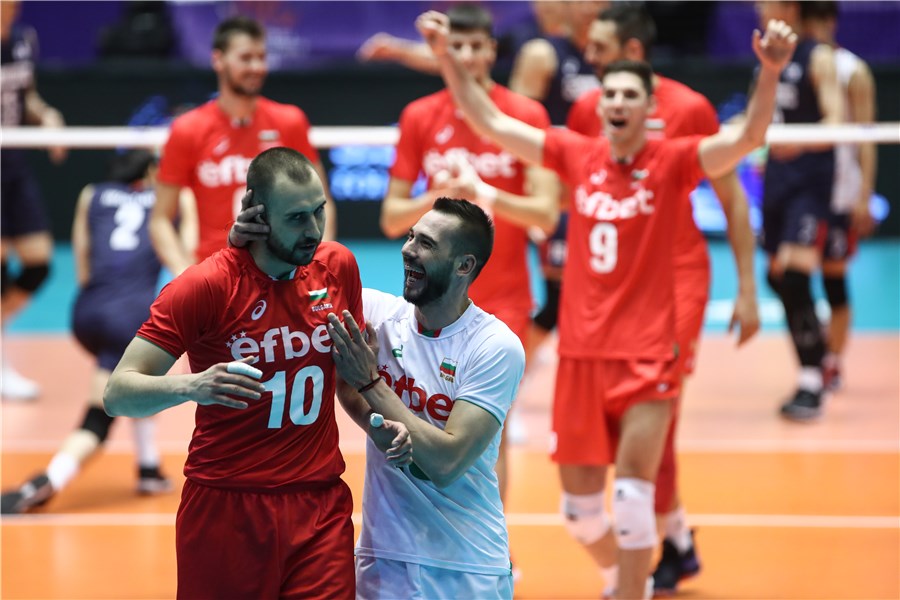 Bulgaria, one of two host nations of the 2018 FIVB Men’s Volleyball World Championships, have announced their 14-man roster for... Archive Photo via FIVB

Bulgaria, one of two host nations of the 2018 FIVB Men’s Volleyball World Championships, have announced their 14-man roster for the tournament on the eve of its beginning. Of the 14, Bulgaria will have to choose 12 for each match, including their opener in Varna on Sunday against Finland.

While the bulk of the tournament begins on September 12th at 4 sites around Italy and Bulgaria, the two host nations will have the honor of playing the first matches on September 9th in Rome (Italy) and Varna (Bulgaria), respectively. Bulgaria will take on Finland in their battle, before playing Iran (September 13), Puerto Rico (September 14), Cuba (September 16) and Poland (September 18).

The top 4 teams from each 6-team preliminary pool will advance to the second round of the tournament.

Cut from the training camp roster is setter Ivan Stanev, opposites Boyan Yordanov and Danail Milushev, outside hitter Dimitar Marinkov, middle blockers Aleks Grozdanov, Krasimir Georgiev,  and libero Vladislav Ivanov. Ivanov was on last year’s European Championship roster, but has been replaced by Petar Karakashev on this year’s team. Yordanov was the team’s captain at the Nations League, but the 35-year old isn’t on the World Championships roster.

The most notable absence is Georgia Bratoev, the team’s long-time setter Georgi Bratoev, who after weeks of uncertainty was finally ruled out of the World Championships with an ankle injury suffered in the Nations League. Georgi Seganov served as an apt replacement for the rest of that tournament, and the club was able to call up 2012 Olympian Dobromir Dimitrov to back-fill the spot in one of Bulgaria’s deepest positions.

Two areas of strength for this roster are middle blocker, anchored by Todorov, the captain Yosifov, and Nikolov, the latter of whom was the best middle blocker at the 2015 Club World Championships; and outside hitter, where Todo Skrimov was able to return in time for this tournament after suffering a calf injury against France in June.

Opposite is a bigger question mark, as neither Gradinarov nor Uchikov, both in their 30s, played on last year’s European Championship roster. Gradinarov wasn’t even on the team’s extended roster for the Nations League, while the 207cm (6’9″) Uchikov led the team in scoring with 169 points on 46% hitting. That gives them quality, but not necessarily depth, at the position.

Bulgaria finished tied with Italy for 13th at the 2014 World Championships.