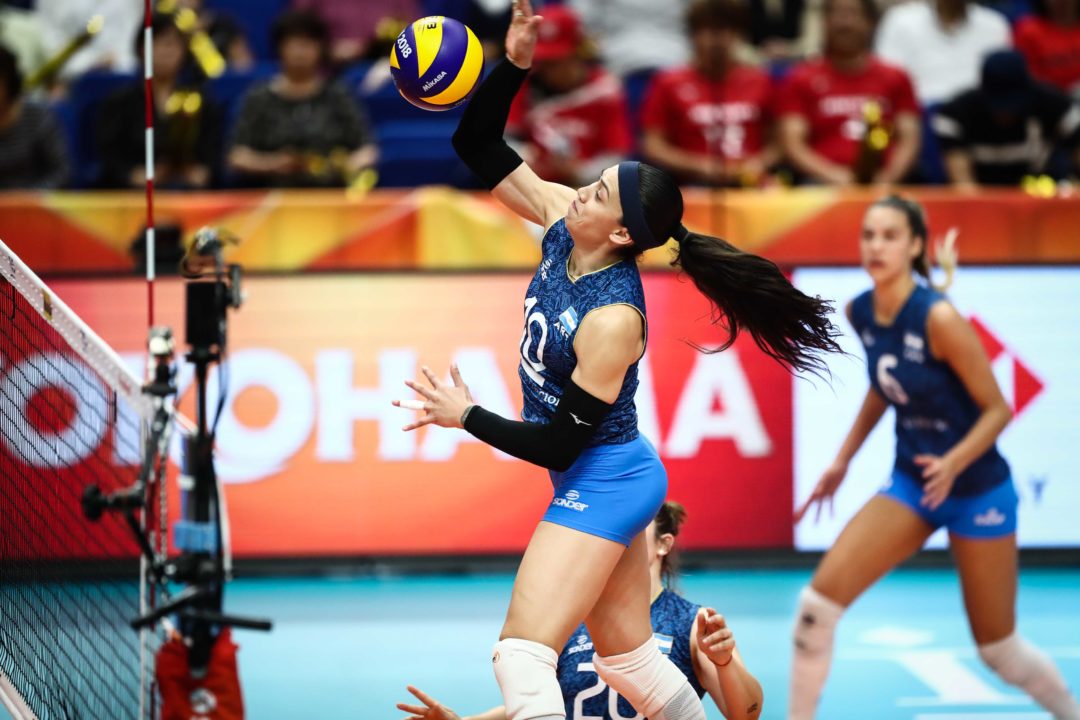 Argentina captain Emilce “Mimi” Sosa has announced her retirement from her country’s National Team after her country was formally eliminated on Thursday in Yokohama. The team went out with a win, sweeping Cameroon 3-0, which marked their first win of the tournament.

Sosa has spent 8 years on the National Team, and is arguably her country’s most popular female player with almost 40,000 followers on Instagram.

“I’m very happy with the victory today,” Sosa said. “We needed to win this match, and our mentality was very good today. We were able to play our volleyball and able to keep to our rhythm and our service went very well, which enabled us to cause Cameroon problems with our attack.

“I decided to retire from the national team last year. I wanted to spend a little more time with my family and also take some rest. I have been playing for the national team for eight years and when the coach selected me for this squad I was happy that I would be able to retire at this competition, so I accepted the selection. I wanted to play for my teammates and I wanted to do my best for my country as well.”

The 5’10”, 31-year old middle blocker ranked 5th on the Argentina team in scoring at this year’s World Championships, and led them with 9 blocks (.60/set, 15th in the tournament). That includes 12 points and a team-best 3 blocks in their finale sweep of Cameroon.

Her career with the National Team included bronze medals at the 2013 and 2015 Pan American Volleyball Cups.

Sosa has spent the majority of her professional career playing in the South American leagues, though she did have a stint in Romania. She most recently played with Pinheiros in Brazil, will still play the upcoming professional season with the Brasilia club in the Brazilian SuperLeague.