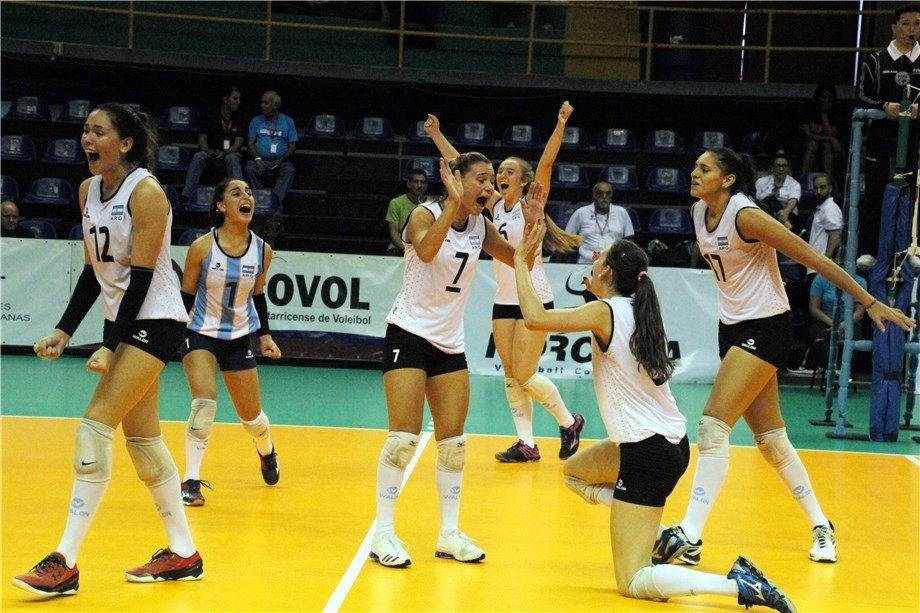 Argentina claims the South American ticket to the FIVB Volleyball Women’s U20 World Championships with a three-set sweep over Peru... Current Photo via FIVB

Argentina claims the South American ticket to the FIVB Volleyball Women’s U20 World Championships with a three-set sweep over Peru at the U20 Women’s Pan American Cup.

The U20 World Championships will take place from July 14-23 in Cordoba and Boca del Rio, Mexico.

The first two sets were dominant for the Argentinians but had to work a little harder in the third set to take the sweep and move onto the U20 World Championships.

To lead Argentina was Ahahi Tosi and Benisse Soria who put down 16 and 11 points, respectively. For the losing side, Katherina Regalado and Leslie Leyva each added eight points to the losing effort for Peru.

Overall at the tournament, Argentina’s libero Valentina Gonzalez earned the best libero award at the competition with Tosi being the second highest scorer with 63 points.

Argentina will be joining Brazil, China, Japan, Dominican Republic, Mexico, the United States and Egypt at the U20 World Championships.