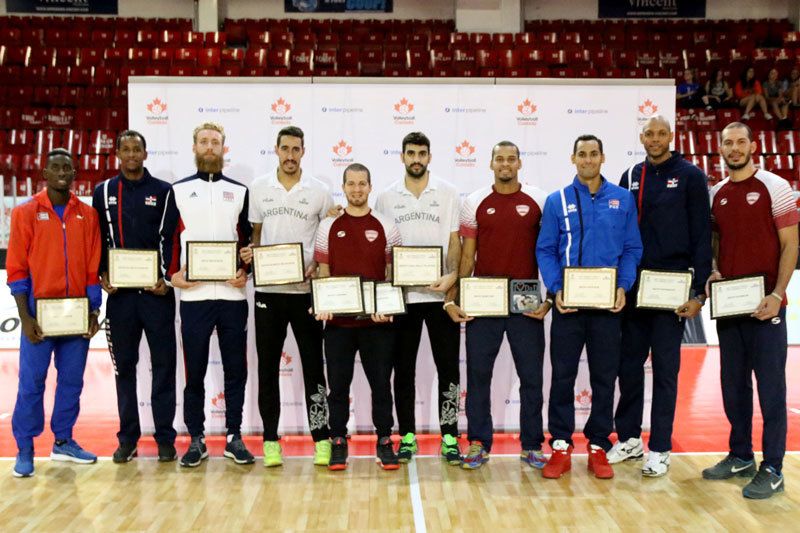 After four near misses, Argentina finally claimed the top spot at the Pan American Cup. The Argentines only dropped one set in a 5-0 journey to the title.

Puerto Rico claimed silver, for its third ever podium finish and best placing since grabbing the runner up spot in 2007.

Meanwhile, the Americans ended their stay in Gatineau with a five-set win over the Dominican Republic. Team USA went 1-2 in pool play and lost to Puerto Rico in the quarterfinals to drop into the fifth through eighth place classification matches. A sweep of Venezuela gave them a chance at fifth, where the side rallied from down 2-1 to take the final two sets 27-25 and 15-13 in an upset win.

Kyle Ensing (18), David Wieczorek (17), Jeff Jendryk (15) and Brenden Sander (12) scored in double digits to pace the Americans. Jendryk and Mitchell Stahl turned in six blocks apiece as the USA outblocked its foes 15-8. The Americans overcame 38 miscues in the match .

“Very exciting match; hats off to the Dominican Republic – those guys have been playing hard all week,” USA coach Robert Neilson said. “This time our guys came out and competed really hard.  Our expectation was to come here and compete; and I think our guys learned a lot about what it takes to compete at this level. We would have liked to place a little bit better, but there were some good lessons learned for our guys.”

After the competition, 10 players were named to the Pan Am Cup All-Star Team, headlined by MVP Martin Ramos of Argentina. Fellow Argentine Pablo Crer also earned honors as the second best blocker of the tournament.