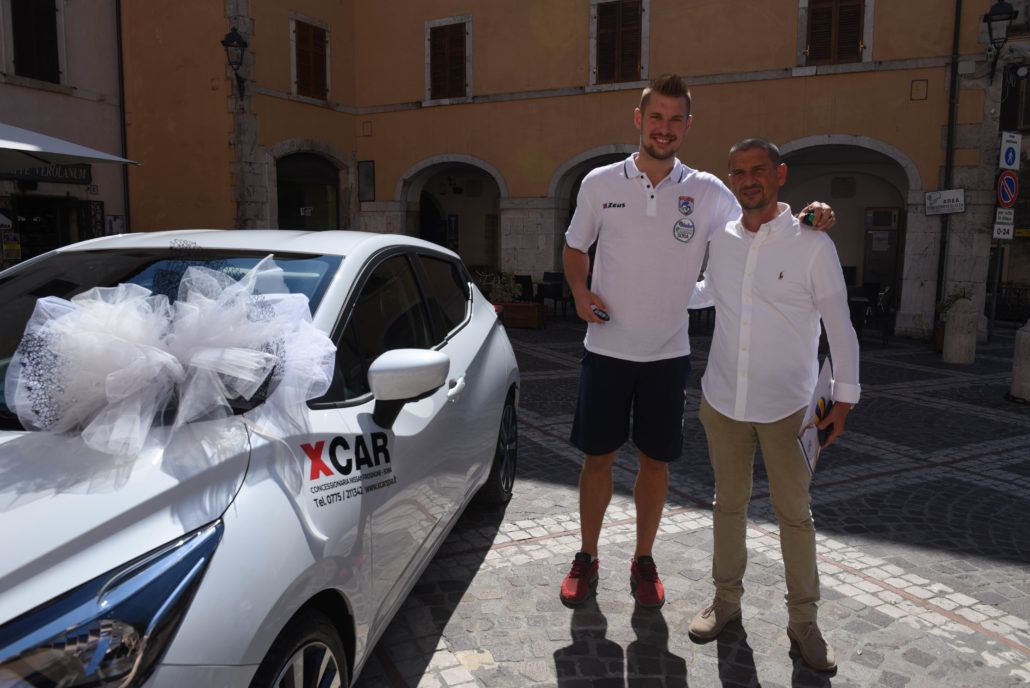 Argos Volley knows how to keep its players happy  Current Photo via Argosvolley.it/

When Argos Volley takes to the court for the 1st round of the 2018/19 Italian A1 season, offensive ace Dusan Petkovic will received the “Andrej Kuznetsov” League Award, given to the League’s Best scorer of the previous season. However, the team will not wait until then to start the celebrations and decided to gift Dusan with a brand new car for his efforts. Here is what the team had to say of the celebration:

“Dusan does not like to be celebrated. When he overtook Nimir Abdel-Aziz in the scoring race, he chose not to speak about it during interviews. This is Dušan Petković, the opposite that in the field splits the balls and makes holes on the ground and thinks that this is simply his duty. Duty towards the team that gave him this chance; towards the technical staff thanks to which he was able to work in the right way to reach ever higher levels; towards his teammates because in a team sport it is the group that counts and allows the individual to be able to give his best; towards the fans who welcomed him with open arms and immediately elevated him to the tip of the diamond; but above all to himself because Dušan demands so much from himself.”

Dusan deserves the praise, as his 2017/18 season was nothing short of astounding, as the Serbian scored 508 points in 26 games for averages of 19.5 points/match and 5.4 points/set. When all was said and done, he finished the scoring race 50 points ahead of 2nd place Paul Buchegger (Bunge Ravenna), 58 from 3rd place Nimir Abdel-Aziz ( Revivre Milano), and 68 from 4th placed Aleksandar Atanasijevic (Sir Safety Conad Perugia).