Arizona cruises past Cleveland State in 3 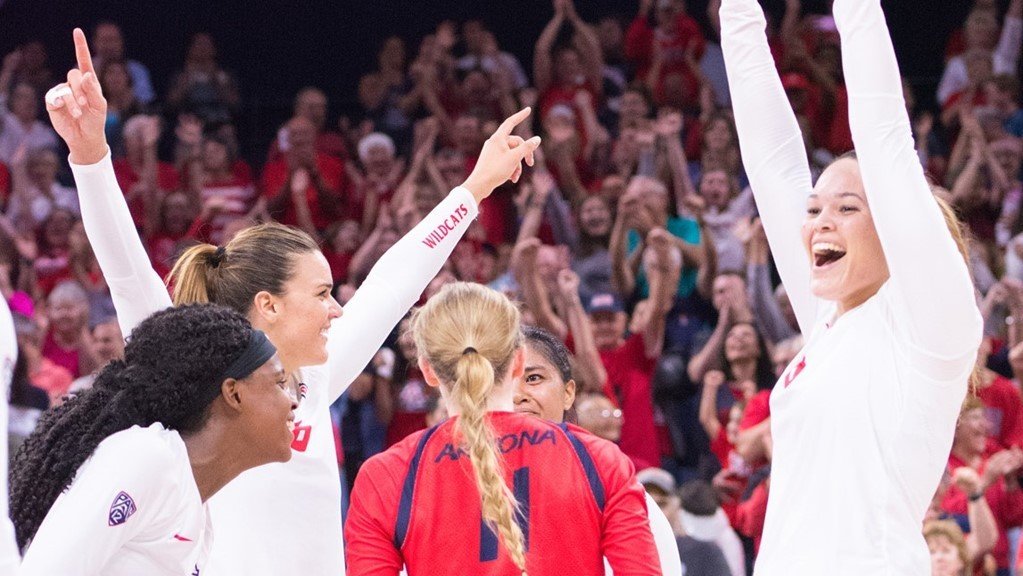 Arizona took no time in advancing to the second round of the NCAA Tournament as they took care of business quickly against Cleveland State in a 3 set sweep (25-14, 25-17, 25-13). The Wildcats were led by senior outside Kalei Mau who produced 17 kills and 2 aces while senior setter Penina Snuka had 35 assists and 15 digs. Arizona outworked Cleveland State on the defensive side as well as Arizona had a team total of 9 block kills and 53 digs to CSU’s 4 and 42. Cleveland State could not get any offense going all game and as Grace Kauth led CSU with just 8 kills.

Cleveland State finished their season off as Horizon League Champions and a final record of 25-6.

Arizona advances to the second round of the NCAA Tournament and will play the winner of the match between Michigan State and Fairfield.

EAST LANSING, Mich. – Arizona swept Cleveland State (25-14, 25-17, 25-13) to advance to the second round of the NCAA Tournament on Friday evening at Jenison Field House in East Lansing, Michigan.

The victory vaulted the Wildcats to the second round of the NCAA Tournament for the third time in the last four years. Now, the Wildcats will look to advance to their first Sweet 16 since the 2005 Wildcats went to the Elite 8. To do so, Arizona will need to defeat either Michigan State or Fairfield, who play later on Friday. If it is the Spartans, Arizona will face the ninth-seeded Spartans on their home court. The match will take place on Saturday at 5:30 p.m. MST.

Penina Snuka dished out 35 assists and recorded a team-high 15 digs for her 21st double-double of the season.

UA outblocked the Vikings 9-4, led by five from McKenzie Jacobson, who had six kills on eight error-free swings as well. The Cats were terrific from the service line as well, totaling five aces, including two apiece from seniors Mau and Snuka.

The Cats tallied 53 digs in the three sets. Laura Larson had 12, moving her into fifth place all-time in Arizona history with 1,207 career digs. The senior now has 474 digs this season, 28 shy of Candace Nicholson’s school record 512 digs in 2013.

Arizona raced out to an early lead and never looked back in the first set. The Cats were clicking on all cylinders in the first, posting a .455 hitting percentage to go along with three blocks and two service aces. UA won the set 25-14.

The Cats started strong once again in the second set, scoring six of the first seven points, but the Vikings rallied to close to within 10-8. Arizona followed with the next six points to put the set in hand. Arizona’s offense remained hot, hitting .385 on its way to a 25-17 victory.

The Wildcats scored 13 of the final 16 points in the third set as the Cats cruised to a 25-13 victory to sweep the match.