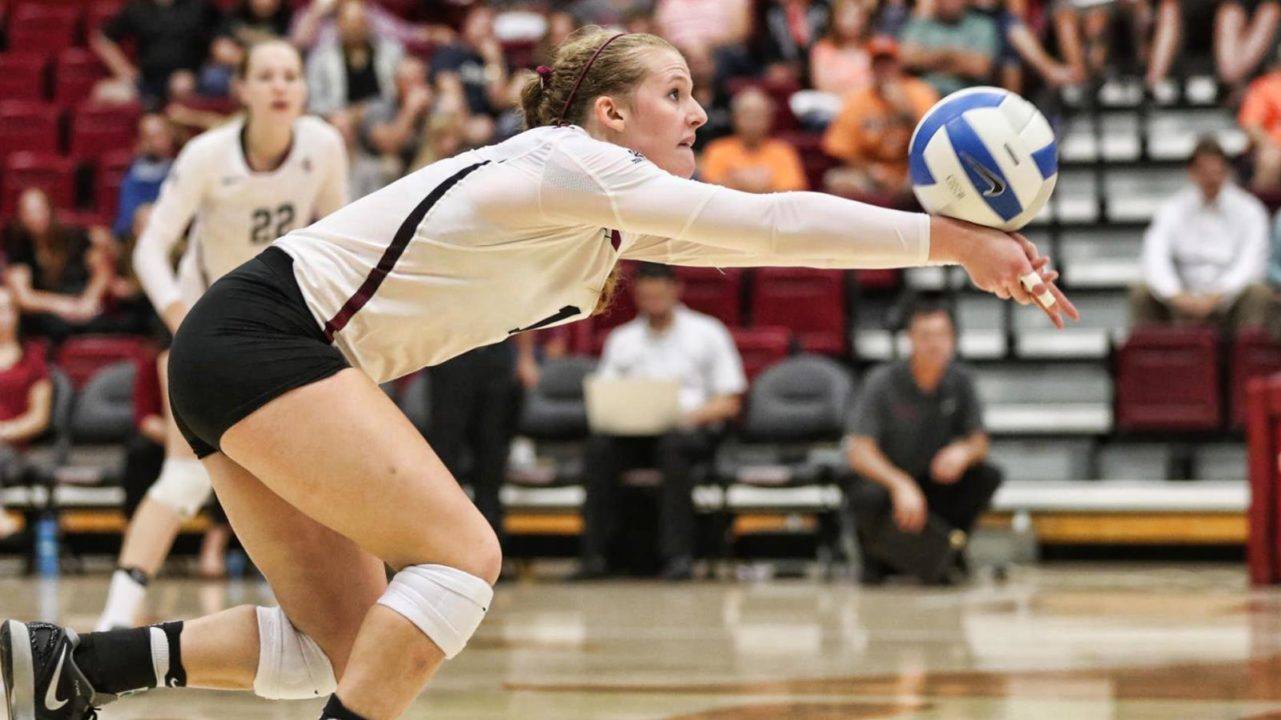 Arizona State brought in their fifth transfer in Callie Jones from Santa Clara for 2017. Archive Photo via Arizona State Athletics

No team has seen more news come down in regards to the transfer market than Arizona State. They’ve had seven players from the 2016 roster transfer away to other schools. The latest news is more positive, as the Sun Devils are adding a transfer in the form of Callie Jones.

Jones is a 5’9″ setter who appeared in 25 matches with 15 starts as a freshman in 2016 with Santa Clara. She racked up 580 assists (6.59 per set) with 149 digs, 23 aces and 16 blocks. In face, Jones put together a 47 assist, 11 dig performance against Arizona State last season. That match was a homecoming for Jones, who is originally from the state of Arizona where she attended Xavier College Preparatory. Now, back in her home state, she will be immediately eligible and have three years left of play.

Jones is now the fifth player to transfer into Arizona State for 2017. Brooke Westphal got the party started with Peyton Grahovac adding to the roster a bit later. The other two transfers are Alexa Lister, a 6’4 middle blocker who played two seasons at Louisiana Tech and Isabel Miller, who redshirted a year at Boise State before spending two with San Diego-Mesa College. Both have two years left of eligibility.

Throw in the seven that transferred out and that means that the Sun Devils have been involved in 12 different transfers in a tumultuous offseason that started when Steve Mussie was let go as head coach after just one year on the job. Sanja Tomasevic was brought in to piece together a largely shifting puzzle. One that she hopes becomes a bit more clear and stable with the announcement of Callie Jones to the program.