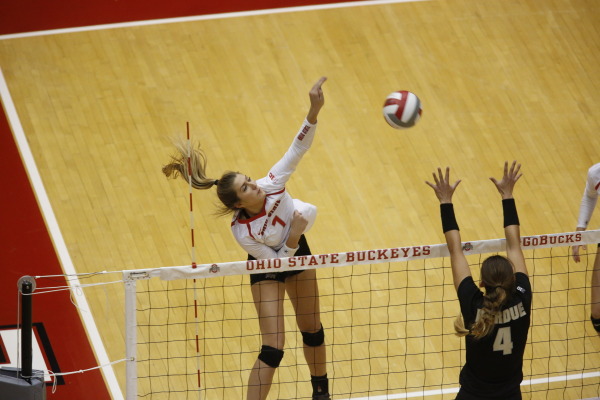 After exhausting her eligibility indoors with Ohio State, graduate transfer Ashley Wenz is headed to Arizona State to join the beach volleyball team for the upcoming year. Wenz will be immediately eligible for her final season of play as she will train with the team in the fall with the season beginning in the spring of 2019.

The left-handed hitting right side, who ranked 14th in Big Ten only matches at 3.29 kills per set, was also a part of three teams that made the Sweet 16 back-to-back-to-back from 2014-2016. She also won 85 matches for her four years dawning the Scarlet & Gray.

Huge BUCKEYE SHOUTOUT to our very own @ashhhwenz ❤️ She has committed to play beach volleyball for the 2018 season at Arizona State University after graduation. We wish you nothing but the best and can’t wait to watch you kill it in the sun and sand ☀️🏐 pic.twitter.com/skKGuZgVnb