Theiller Selected As MAAC Female Student-Athlete of the Year 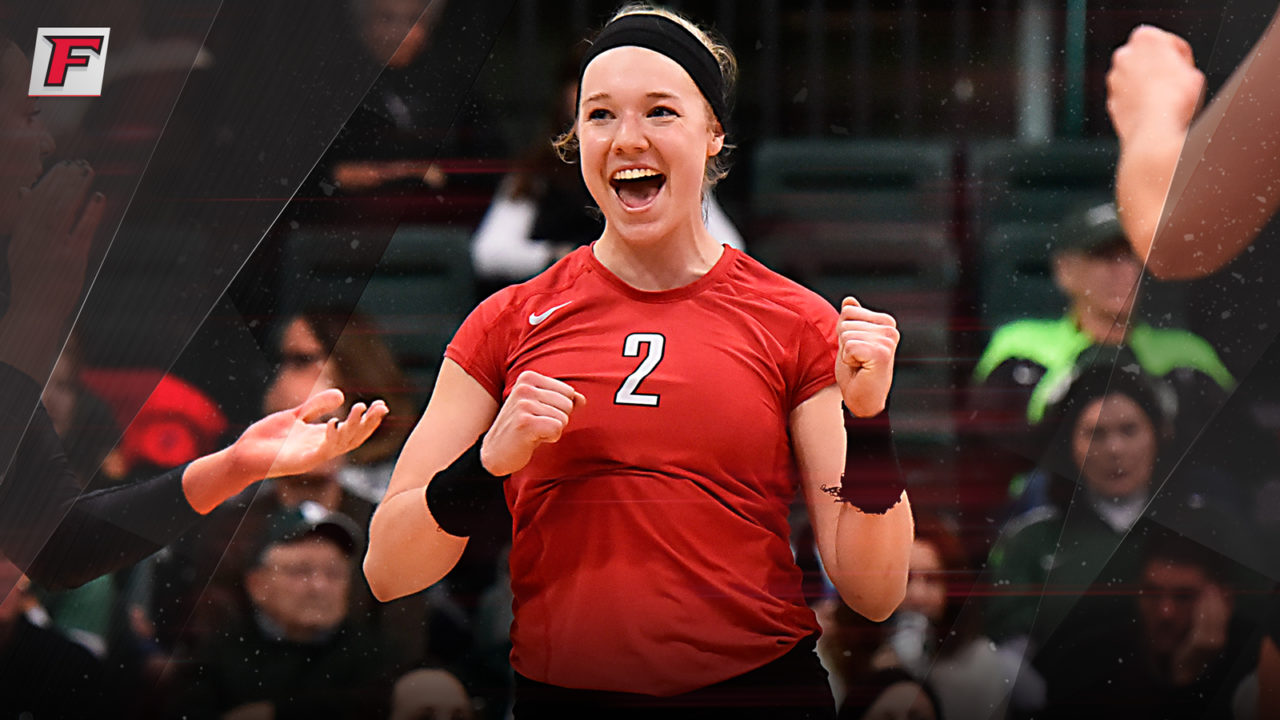 Fairfield's Megan Theiller ’18 has been selected as the 2017-18 Metro Atlantic Athletic Conference (MAAC) Female Student-Athlete of the Year,  Current Photo via Fairfield Athletics

EDISON, New Jersey – Megan Theiller ’18 (Hopewell Junction, N.Y.) has been selected as the 2017-18 Metro Atlantic Athletic Conference (MAAC) Female Student-Athlete of the Year, as announced this morning by the conference office. Theiller concluded her career with Fairfield University Volleyball this past fall as a co-captain of three consecutive MAAC Championship teams and graduated from the University in May with a degree in Biology.

To be eligible for MAAC Student-Athlete of the Year consideration, a student-athlete must be an upperclassman with a cumulative grade-point average of 3.2 or higher who is also a key contributor to his or her team in athletic competition. Nominees were submitted by the MAAC’s 11 full-member institutions and voted upon by representatives from each athletic department.

“I am honored to receive this award that recognizes both academic and athletic success; I have always tried my best to balance academics with my commitment to my team. The university’s philosophy of the Magis – striving for excellence in all facets of life – was a principle that I tried to emulate,” said Theiller. “The personal relationships that I built with my teammates, coaches, athletics staff and professors were integral to my success, and I am grateful to those people and the many others who helped me during my time at Fairfield.”

During her senior campaign in the fall of 2017, Theiller overcame injury to earn All-MAAC Second Team laurels. Fairfield went 16-1 with Theiller on the court – including its run to a third-straight MAAC Championship – with the lone blemish coming at the hands of #2 Texas in the NCAA Championship First Round. She was a two-time MAAC Player of the Week as a senior to round out her program record of seven career MAAC Player of the Week nods. Theiller averaged 3.13 kills and 3.65 digs per set en route to six double-doubles. She tallied 18 kills and 24 kills in the Stags’ two-match sweep of the MAAC Championship and capped her career with a team-high 15 finishers against the Longhorns in Austin.

Academically, Theiller was tabbed as one of 30 candidates nationwide for the Senior CLASS Award in 2017. She earned MAAC All-Academic Team laurels and was selected as the Fairfield Alumni Associate Female Scholar-Athlete of the Year. Theiller was inducted into Phi Beta Kappa – the nation’s oldest academic honor society – and earned Dean’s List honors in every semester of her academic career.

“Megan embodies all of the characteristics of a true Fairfield Stag through her commitment to excellence in every aspect of her college experience,” Director of Athletics Paul Schlickmann said. “She has been a shining example for her peers and all of those around her, and I am thrilled that her efforts have been recognized by our fellow MAAC institutions.”

In her career with the Stags, Theiller is one of just four student-athletes in program history with more than 1,200 kills and 1,200 digs. She ranks sixth all-time with 1,288 kills and 11th all-time with 1,213 digs. Theiller was the 2014 MAAC Rookie of the Year, MVP of the 2015 MAAC Championship and a 2016 All-MAAC First Team honoree in addition to All-MAAC Second Team laurels in her injury-shortened 2017 senior campaign. Theiller was the first three-year captain in Fairfield Volleyball history.

“This award could not go to a more deserving student-athlete. Megan has set the standard for excellence in our program for the last four years and her lasting legacy will help us remain successful,” noted Head Coach Todd Kress. “She approached every practice and every class with an urgency to improve and learn. I’ve coached many student-athletes over the years, and Megan sets herself apart with her drive, determination, work ethic, passion and – most importantly – her humility.”

Theiller is the third Stag – male or female – to win MAAC Student-Athlete of the Year honors since the award was established beginning in the 2001-02 academic year. She joins Melissa Santos (softball, 2001-02) and Ahna Johnson (women’s soccer, 2008-09) as Fairfield’s third recipient and stands alongside Saint Peter’s Valentina Zaharieva (2001-02) and Siena’s Liz Hubbard (2005-06) as the third volleyball student-athlete to claim the honor. Theiller is the MAAC’s first volleyball student-athlete to be the sole Female Student-Athlete of Year, as both Zaharieva and Hubbard shared their distinction as co-winners in their respective years.

Theiller is spending her summer working as a trainer at a local athletic facility near her home in the Hudson Valley. She is also learning Spanish in preparation for a position with Beyond Sports in Costa Rica beginning this fall.