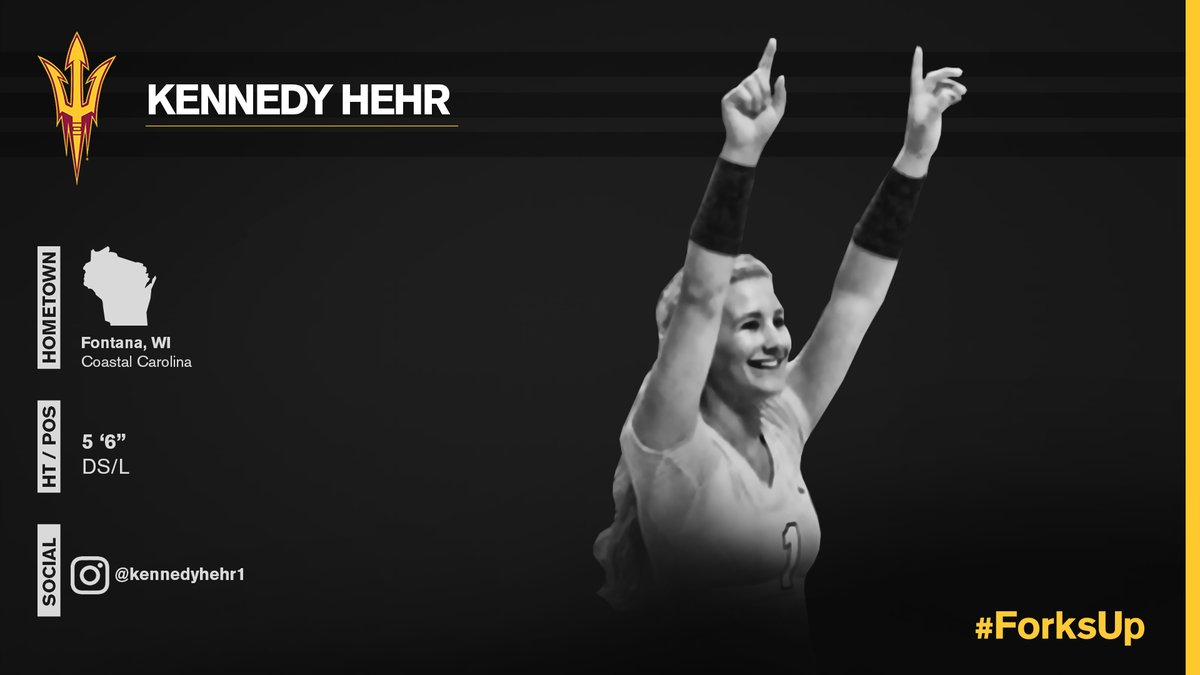 Former Coastal Carolina defensive specialist/libero Kennedy Hehr is transferring to Arizona State for 2018. A sophomore-to-be in the fall, Hehr will have three years left of play and will be immediately eligible.

A 5’6″ native of Fontana, Wisconsin, Hehr came to Coastal Carolina out of Big Foot High School. During her prep career she was all-conference or honorable mention three times and was her school’s team captain. It wasn’t the normal path either, as Hehr had to recover from deep internal injuries after being the victim of a car crash at the age of 15.

Hehr persevered though to earning a spot with Coastal Carolina, where she was a true freshman last season. In her lone year, she appeared in five matches and seven sets, totaling four digs and an assist. The loss leaves the Chanticleers with four returning defensive specialists for 2018.

One team’s loss is another’s gain in Arizona State, who went 10-22 last season and 0-20 in the Pac-12. They had four defensive specialists/liberos on their 2017 roster, including two seniors, leaving the team with two returners to join Hehr at the position plus any other newcomers.

One of those newcomers is a second transfer that is joining Hehr in her move to Arizona State in Claire Kovensky from Grand Canyon. However, unlike Hehr, Kovensky plays outside hitter. Still, the duo will look to give the Sun Devils a boost for 2018 as they look for a turnaround from last season.

#ForksUp to our newest addition, Kennedy Hehr, who will join us this fall for the 2018 season! Welcome to the ☀️?? family!#SunDevilFight pic.twitter.com/RbtIMcCOZs