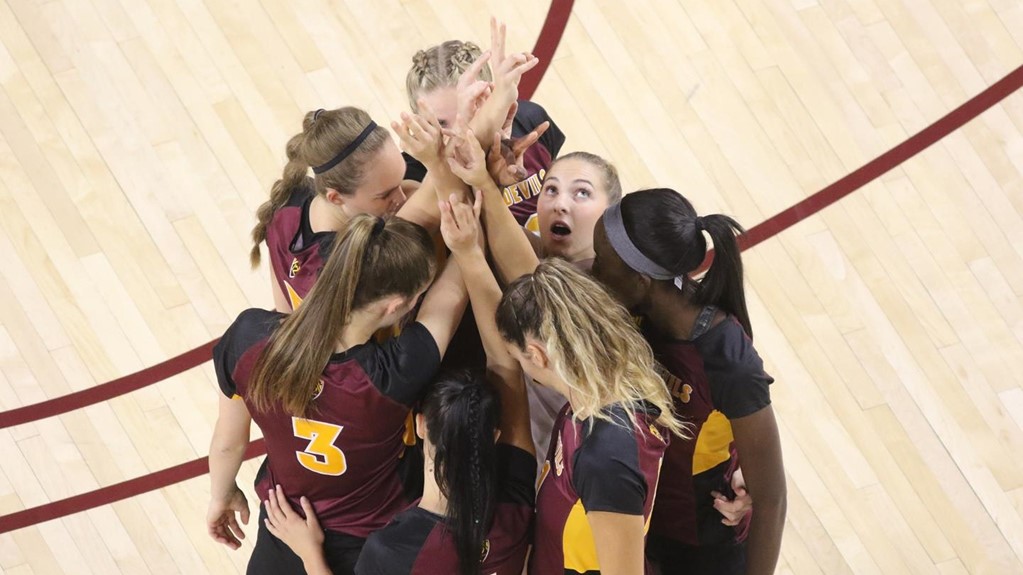 In spite of a tumultuous off-season that included losing their head coach after 1 season and amid controversy, and losing... Current

In spite of a tumultuous off-season that included losing their head coach after 1 season and amid controversy, and losing no fewer than 6 players to transfer, the Sun Devils picked up a pile of transfers and opened the 2017 season with a 10-2 record in non-conference play. Since they’ve begun Pac-12 competition, however, playing against one of the two best conferences in college volleyball, they’re 0-11, and got more bad news on Friday.

In the team’s 3-1 loss to defending NCAA champions Stanford, Arizona State lost Ivana Jeremic to an injury. She made contact under the net with the foot of Stanford star Audriana Fizmorris, causing her to fall to the court and scream out in pain. The injury appeared to be to her left ankle, though interim head coach Carlos Moreno said after the match that “We don’t know what’s going to happen…We hope for the best, [although] we are kind of expecting the worst.”

Jeremic is the team’s 3rd-leading scorer this season, recording 2.76 kills/set while also chipping in 10 aces and 43 total blocks in 80 sets this season.

The team’s offense suffered in Sunday’s loss to Cal, their first without Jeremic, and hit just .053 as a team. The immediate beneficiary of her swings is senior Isabel Miller, who has had 17 and 15 swings, respectively, in the last two games – both of which are season-highs. She’s had 5 kills and 7 errors on those 32 swings.

Jeremic is a 6’1″ freshman from Serbia who has played on Serbia’s U17 and U19 National Teams. Serbia i s the same country that head coach Sanja Tomasevic hails from.