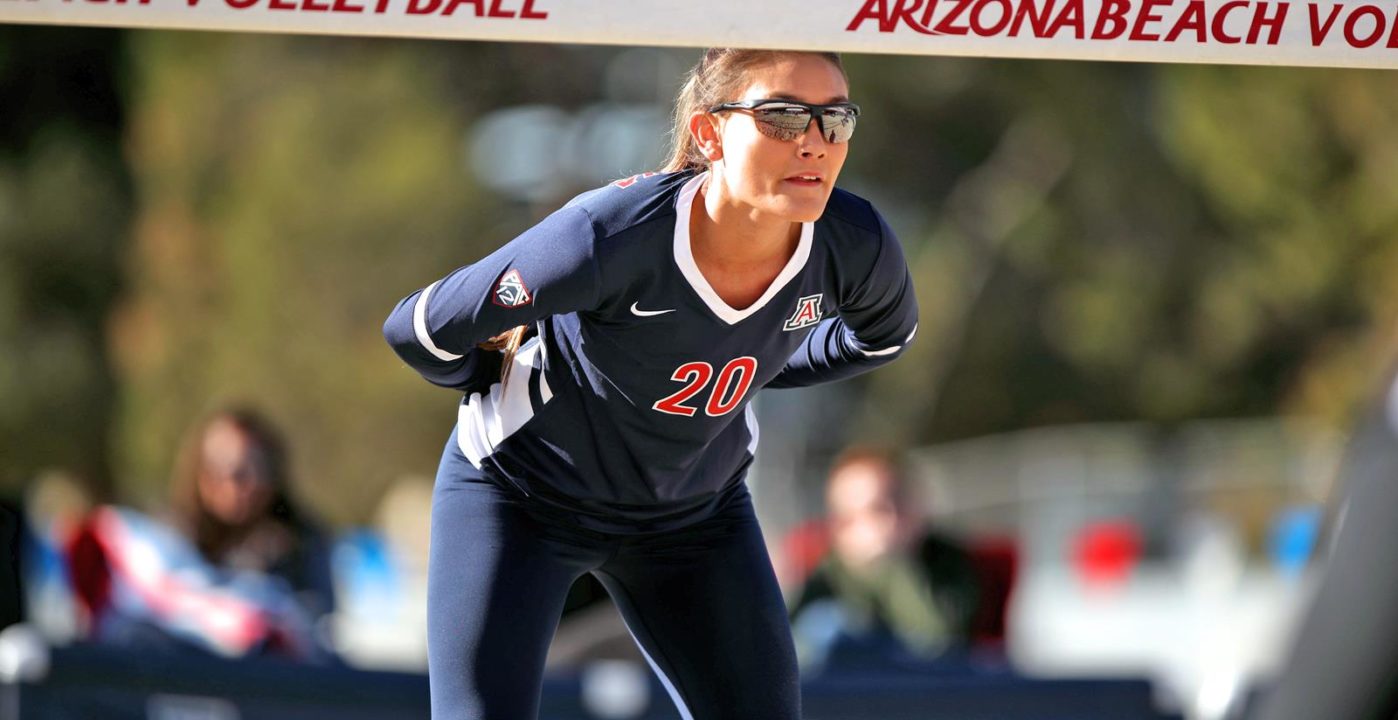 The New Mexico women’s volleyball program has added Arizona beach and indoor transfer Jaclyn Inclan for 2018. Inclan will be a sophomore in the fall of 2018 with three years left of play and is set to be immediately eligible for the Lobos.

The 5’11” setter was on both the indoor and beach teams with the Wildcats, but spent just a few months with the indoor team before focusing on the opposite. The Arizona Beach team went 15-8 last season and ended the year ranked 14th in the AVCA Coaches Poll. In the sand, Inclan played the role of blocker and went 7-1 in the eight matches she appeared in.

A native of Tucson, Arizona, Inclan attended Ironwood Ridge High School where she was a first-team Division 5A selection. She will for sure play indoors at New Mexico, with another season in the sand possible.

“We are really happy to have Jaclyn joining our program,” New Mexico head coach Jeff Nelson said in the team’s release of the transfer. “She brings solid experience and is an outstanding athlete. This will really solidify our team for this fall with so many returners. I am really excited to get to work with her and all of our student-athletes.”

New Mexico is coming off of a 16-16 season in which they went 7-11 in the Mountain West Conference. Their 2018 spring roster featured just one setter in Sarah Lobo, so the addition of Inclan will provide more depth and competition for the spot.