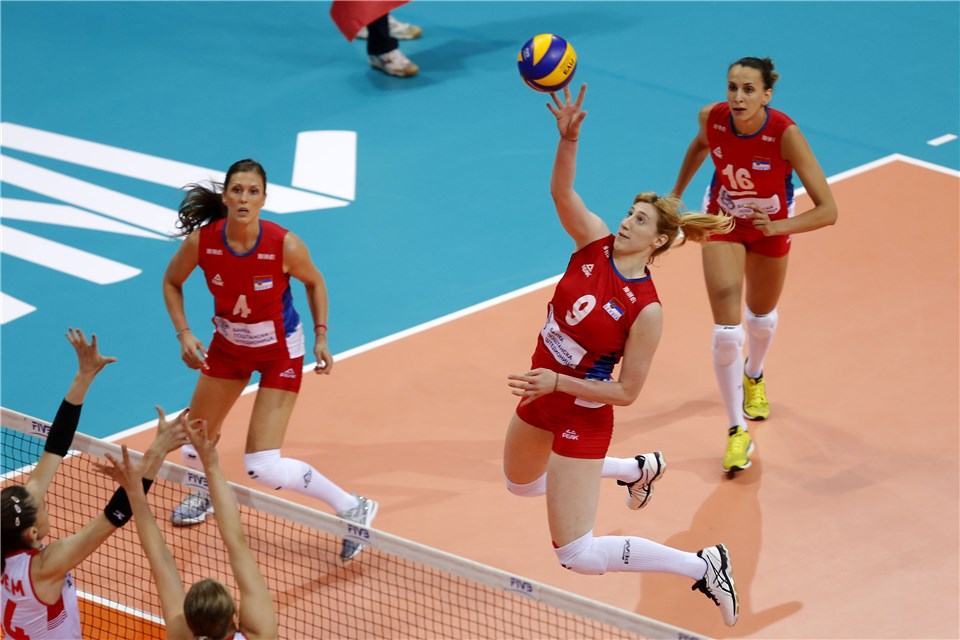 The outside hitter piled up 130 points (110 kills, seven blocks, 13 aces) before exiting the tournament. The tally ranks 20th among all players and second on the Serbian team behind Tijana Boskovic (238).

On June 11, Mihajlovic posted on her Instagram account that she had underwent surgery and all was well.

Reports state that the outside hitter had a microfracture in her left knee.

Mihajlovic explained her need for surgery to the media:

“There is a bone fragment in the lower part of my patella, in the bonding part of the bones and it must be removed. It is nothing terrible, but it has to be done. I feel it is growing and that bothers me. That’s why I decided to do it now and I immediately informed the selection committee.”

“I believe I will be back shortly but I do not want to be rush . Unfortunately, I will not be able to help in the VNL, but I believe the girls will play well in the final phase and I will cheer and be with them.”

Serbia sits in third place in the VNL standings heading into the final week of round robin action, although the team is bringing a star-depleted roster to Argentina for the final three matches beginning Tuesday.