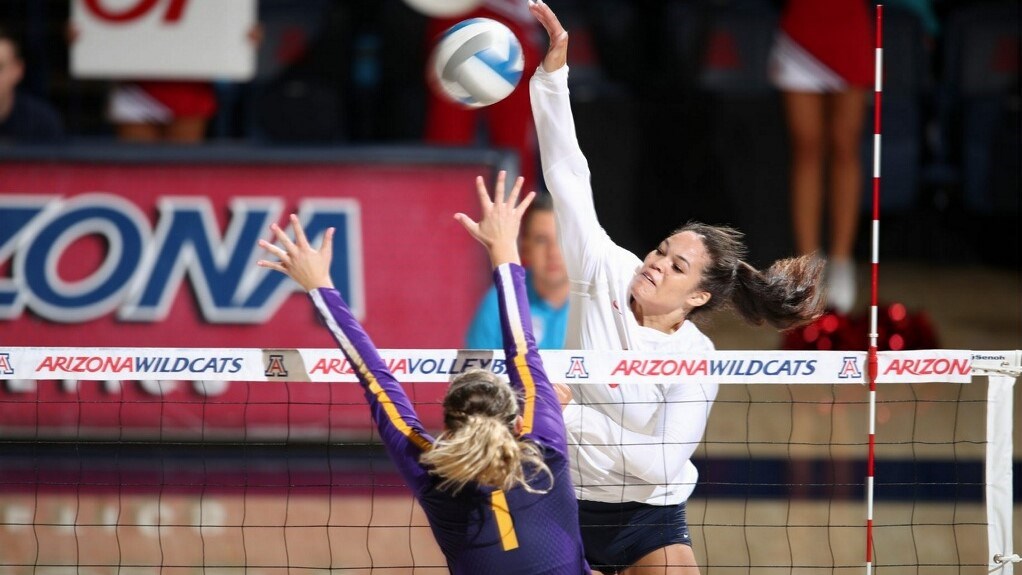 Arizona senior outside hitter Kendra Dahlke downed 18 kills in the team's first match of the day against Lipscomb, reaching the 1,000-kill milestone on a backrow attack in the second set.  Current Photo via Arizona Athletics

Arizona senior outside hitter Kendra Dahlke started the year with 921 kills. She notched 67 kills on opening weekend, leaving her just 12 away as the team set out to host the Cactus Classic on Friday.

Dahlke downed 18 kills in the team’s first match against Lipscomb, reaching the milestone on a backrow attack in the second set.

Congratulations to @k_dahlke, who becomes the 18th player in school history to reach 1,000 career kills! pic.twitter.com/5o65bv5SXG

The Bonsall, California, native ended the day with 1,026 putaways, upping her season tally to 105 through five matches, an average of 5.83 per set, while hitting at a .369 clip.

Thus far in 2018, Dahlke has managed double digit kill tallies in all five matches, including 20 or more three times. She also has managed two double-doubles: 28 kills, 14 digs vs. Utah State and 24 kills, 19 digs at Sacramento State.

In her career, she has posted double-digit kill efforts in 49 matches and notched 22 double-doubles.

Arizona is off to a 5-0 start to the season, including three sweeps, with a 2 p.m. ET matchup with Pacific on the slate to wrap up the Cactus Classic.