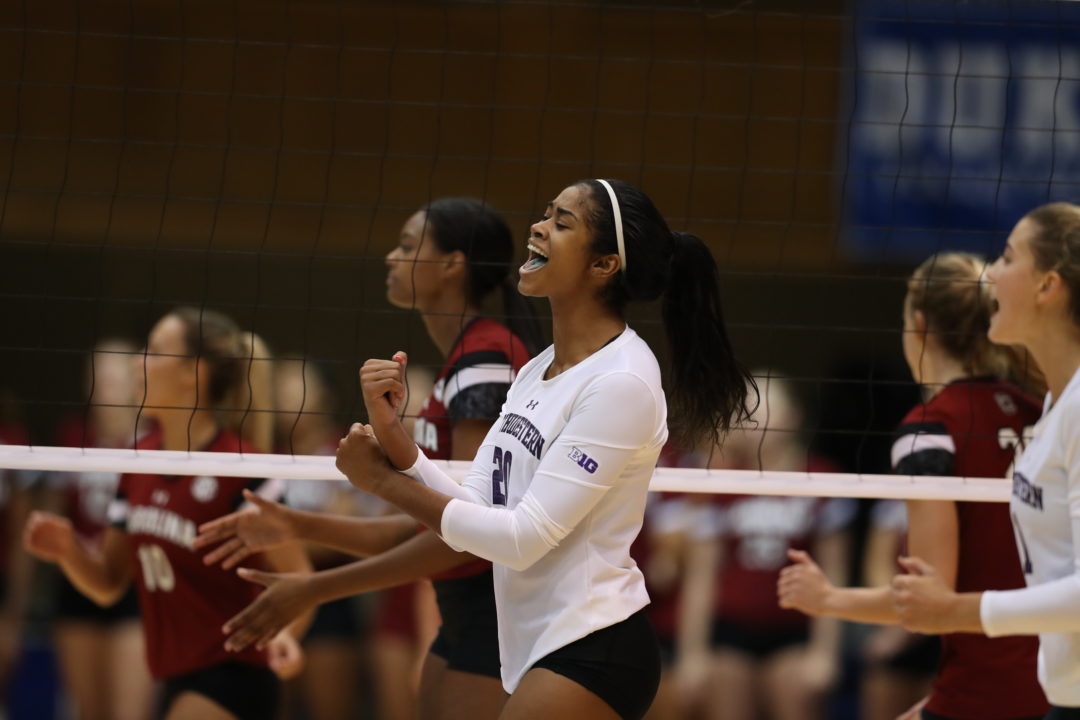 Northwestern's sophomore Alana Walkerm planted her name atop the NCAA charts for match hitting percentage in 2018 with a .900 effort (9-0-10) in the Wildcats' sweep of Colgate on Friday at the Ellis Rowland Memorial Tournament. Current Photo via Northwestern Athletics

Central Michigan’s Marissa Grant hit at a .900 clip (9 kills – 0 errors – 10 swings) in the team’s season opening win over the University of Maryland-Eastern Shore (UMES) on Aug. 24.

Northwestern’s sophomore Alana Walker joined Grant atop the NCAA charts for match hitting percentage in 2018 with a .900 effort of her own (9-0-10) in the Wildcats’ sweep of Colgate on Friday at the Ellis Rowland Memorial Tournament in Hamilton, New York. Walker’s previous best effort was a .588 clip in a sweep of UNC Wilmington on Sept. 2, 2017.

The hometown girl, who attended Chicago’s Whitney Young high school, paced Chicago’s Big Ten team in efficiency in the match, while ranking fourth on the team in kills behind Abryanna Cannon (13), Nia Robinson (11) and Hanna Lesiak (10). She also managed a team-high two blocks in the win.

Northwestern is currently 3-1 on the season, including a 3-0 loss to Princeton to begin Friday’s action. The Wildcats are set to Stephen F. Austin at 2 p.m. ET on Saturday.