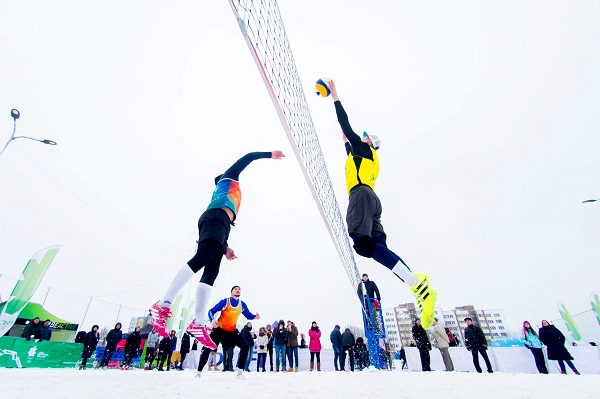 Over the weekend a number of snow volleyball competitions unfolded, crowning the Aremenian/Lithuanian teams for the first-ever CEV Snow Volleyball European Championship. Current Photo via CEV

Over the weekend a number of snow volleyball competitions unfolded, crowning the Aremenian/Lithuanian teams for the first-ever CEV Snow Volleyball European Championship.

Out of Armenia, Ashot Balabekyan and Andre Simoni emerged as the eventual champions of the Armenian National Snow Volleyball Championships. The duo took down Razmik Hakobyan and Smbat Gevorgyan. On the women’s side of the tournament, Georgia’s Irina Tchelidze/Mariami Mukasashvili claimed the top spot. The win for the women marks just another tournament victory, as they are not able to represent Armenia as Georgians. 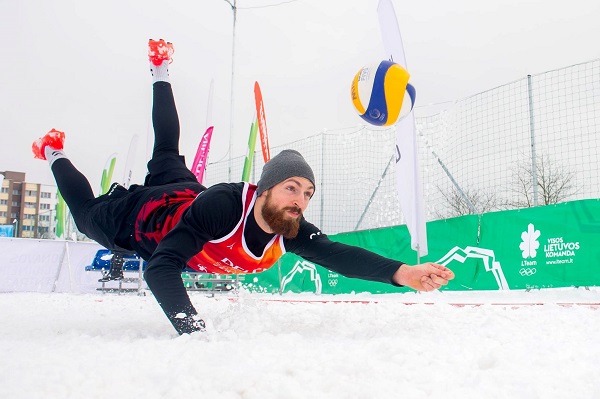 2018 marks the first year that the CEV will host a European Snow Volleyball Championship. The competition will take place in Wagrain-Kleinarl and Flachau, Austria from March 23 to 25. There are a total of 17 countries that will host national championships to compete at the end of year competition.

This is just the third season that the CEV has recognized snow volleyball as a sport in Europe, with it catching fire quickly in the 2016 and 2017 seasons.

Below is the 2018 snow volleyball schedule: 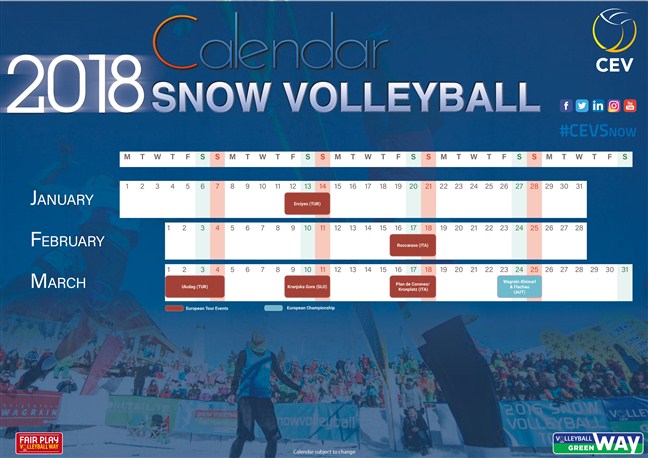