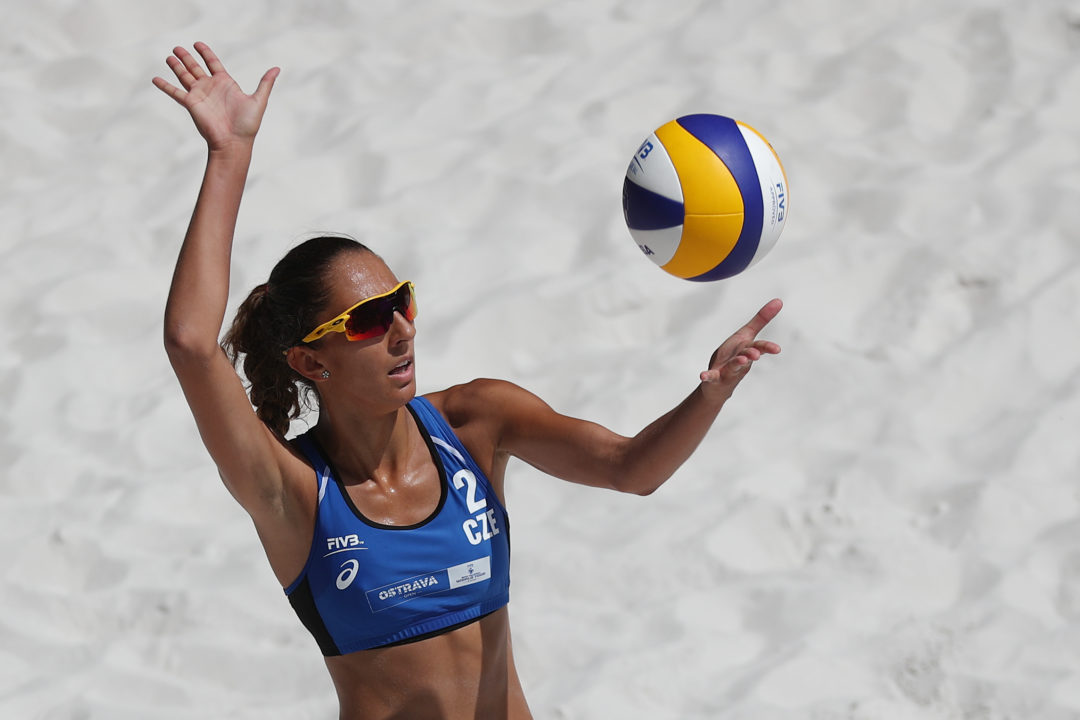 After a very successful 2017 season that saw her win the seasonal title of the CEV European Snow Tour, Czech Republic’s Michaela Knoblochova made her official international debut in beach volleyball in Wednesday’s qualifications at the Ostrava four-star event on the FIVB Beach Volleyball World Tour. CEV’s Queen of the Snow partnered up with internationally experienced Karolina Rehackova.

Although the debut didn’t go as well as it could, with the duo losing in straight sets their first two matches, the 27-year-old multitasking athlete has stated that she has no intention of stopping (CEV.lu):

“Two months ago I got an offer from Karolina to play with her. It was amazing because I was already thinking of quitting professional beach volleyball and playing only for fun, but this opportunity gave me new motivation to train more and to set higher goals. I had a good 2017 season in Czech beach volleyball, but did not want to continue playing only in national tournaments, so it is the perfect time to start playing internationally, on the World Tour or in continental events. I love snow volleyball, but I prefer playing in my swimsuit on the beach. We want to take part in one- and two-star tournaments. It is amazing that we are already in the main draw at Anapa, but before that we have to put in a lot of hard work in practice together, to get to know each other on the court and let’s hope that success will come our way.

Unfortunately, this is only a recent development and I do not have sponsors yet, so I could not afford to travel with Karolina for the recent tournaments in Asia. She came back only two days ago, we did not have enough time to practice together and get used to each other before the event in Ostrava, and you could see it on the court. We did quite well in individual actions in offence and blocking, but when it came down to defence and reception, our lack of good coordination was obvious and we made a lot of mistakes.”

But to get a feel of what it is like to play at a tournament of such a high level was amazing! Of course, I really wanted to start my international beach volleyball career with a win, but it was just a small fairy-tale dream. This is my first time here, at this historical site in Ostrava, but I had heard about it from friends who had attended music festivals here. I like it! It is really unique and I hope that it will be positively perceived as a beach volleyball venue internationally.”

My first FIVB World tour OSTRAVA 🌟🌟🌟🌟 (Dolní Vitkovice) It was an #amazingexperiance to play there, thank you @karolinarehacek for this #oportunity. I am really looking forward to our hard work, to improve our game and mainly to our next performance ❤ #beachvolleyball #pristeznovualepe #zkusenosti #prvnisvetovka #milujitensport #ostravaopen #dreamscometrue