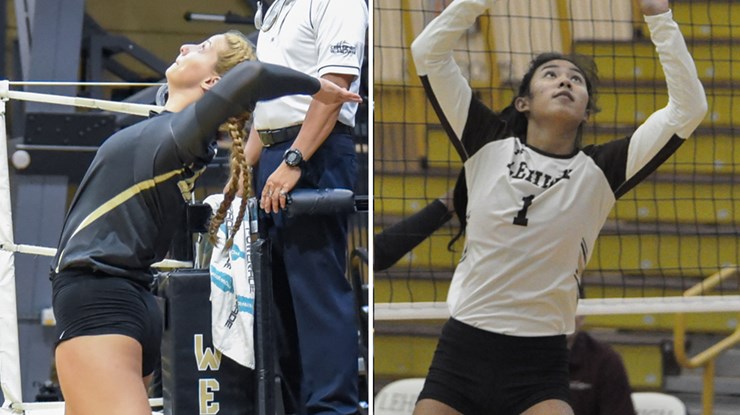 Army West Point junior Sydney Morriss was named the Patriot League Volleyball Player of the Week while Lehigh rookie Alina Lam was selected as the rookie of the week. Current Photo via Patriot League

CENTER VALLEY, Pa. – Army West Point junior Sydney Morriss was named the Patriot League Volleyball Player of the Week while Lehigh rookie Alina Lam was selected as the rookie of the week by the League office on Monday.

Sydney Morriss, Army West Point, Jr., Opp. San Antonio, Texas
* Morriss helped the Black Knights to a 1-1 week while forcing Lehigh to five sets in League play.
* She averaged 3.25 kills per set and had a .423 hitting percentage in two matches.
* The junior hit .364 with 16 kills versus the Mountain Hawks to go with five blocks.
* Against Lafayette, she produced 10 kills and had zero errors for a .526 hitting percentage.

Alina Lam, Lehigh, Fr., S, Allen, Texas
* Lam finished this past weekend with back-to-back double-doubles.
* The rookie registered 30 assists and a career-high 17 digs in the five-set win over Army West Point, while she tied her career-high of 45 assists to go along with 17 digs versus Holy Cross.

For the second time this season, our freshman setter Alina Lam has been named Rookie of the Week! She finished the Mountain Hawks' 2-0 weekend with two double-doubles including a career-high 45 assists vs. Holy Cross. Congrats Alina! #GoLehigh https://t.co/F72c9PLNmz