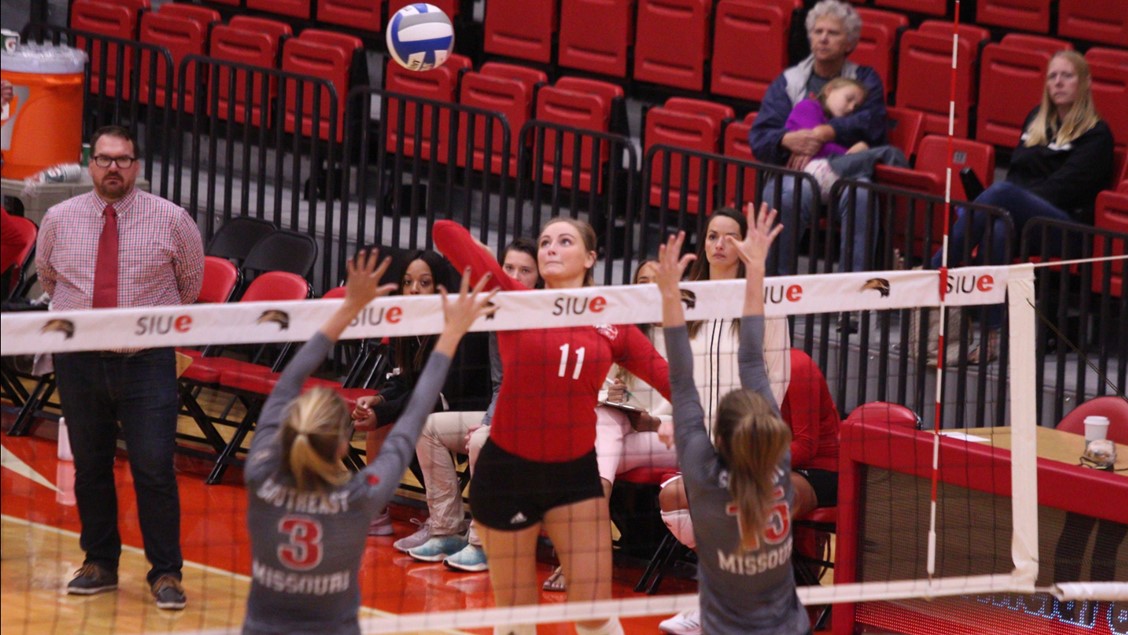 Rachel McDonald, OH, So., 6-0, Cold Spring, Ky. – SIUE
McDonald became the first SIUE player since 2011 to record 20-plus kills and 20-plus digs in a match as she recorded 24 kills and 21 digs in the win over UT Martin. Against Southeast Missouri, she had 19 kills and 16 digs. She also had a season-best six service aces versus the Redhawks. She recorded a .320 hitting percentage for the week.

Brooke Gyori, L/DS, 5-4, Sr., Oregon, Ohio – UT Martin
Gyori helped the Skyhawks earn a split on the weekend as she recorded 59 digs over eight sets. She recorded a career-high 32 digs in four sets at SIUE. She followed that up with 27 in the win over Eastern Illinois

This never gets old. @KStuck29 wins the OVC Setter of the Week Award – for the 18th time in her career.

She averaged 12.29 assists per set and paced the Govs to a .268 team attack percentage and another 2-0 week in OVC play.

Ellen LeMasters, OH, Fr., 5-11, Greenwood, Ind. – SIUE
LeMasters recorded 25 kills, 29 digs and a .420 hitting percentage as the Cougars went 2-0 last week. She had double-doubles in each match. LeMasters had 10 kills and 16 digs versus UT Martin and followed that up with a season-high 15 kills and 13 digs against Southeast Missouri. She has now reached double-digit kills in four of her last five matches.