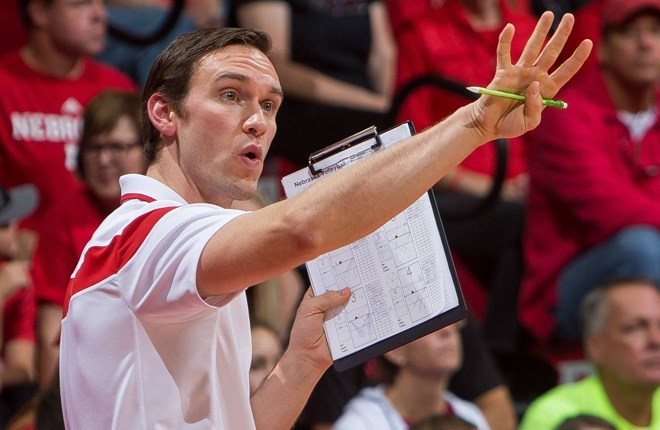 Dani Busboom-Kelly, the newly-hired coach of  the Louisville Cardinals, has begun to assemble the staff with which she’ll take on her first collegiate head coaching gig next season. Her first announced hire: former Augustana University (SD) head coach Dan Meske, who resigned his post on Monday to head south and taken on the rebuilding of Louisville as associate head coach.

Meske spent two years as the head coach of the Division II program in Sioux Falls, South Dakota and amassed a 45-17 record in that period. This past season, the Vikings made their first NCAA appearance in 8 years when they finished with a 27.6 record, and after upsetting the #2 team in the country Nebraska-Kearney in the tournament’s opening round, the team’s season ended against #3 Southwest Minnesota State.

Meske, like Busboom-Kelly, is a former assistant coach at Nebraska. He made the leap to Division II in 2015 in what he called a “journey of self-discovery,” recognizing that legendary Nebraska head coach John Cook wasn’t going anywhere any time soon. He said at the time that he wanted to be a head coach of an NCAA program and experience creating a culture, rather than serving one.

In his two season’s at Augustana, the team’s record improved as did many (though not all) of their stats. Most of those statistical improvements were incremental, but one that really stands out is in the team’s hitting percentage. The year-by-year trend:

That 30-percentage-points improvement manifested in more than 300 extra kills in 2016 as compared to the year prior to his arrival.

That offensive focus will be crucial to turning around a Louisville program that won the ACC title in 2015 but placed just 10th out of 15 teams in 2016. Like Augustana when he arrived, it was a program with a history of hitting well, but that had struggled the year prior. Louisville’s offensive trend:

Meske spent a total of 8 seasons as a Nebraska assistant (meaning he both coached Busboom-Kelly and coached with her), including the last 5 as a full-time assistant. He served as both a volunteer coach (2009-2010) and a graduate assistant (2006-2007) before that as well. He is himself a graduate of Ohio State University, where he was a part of a team that made a final 4 appearance in 2005. He was three times on the academic All-Big Ten team.

After graduating, he spent a season playing professionally in Indonesia. He also coached club volleyball from 2004-2009 with the Sports Performance Volleyball Club in Chicago.

While Meske’s salary at Augustana is not public record (as a private institution), a top D2 coach will typically make between $70,000-$80,000/year. Louisville’s prior top assistant made $65,000/year, even without an associate head coach title (which typically carries a higher salary).