Australia Brings Another Big-Name Coach Back Home to Coach VolleyRoos 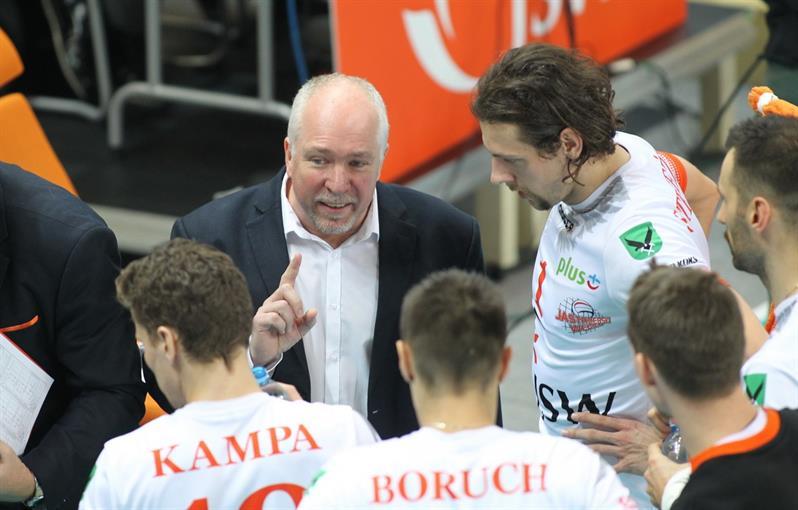 Volleyball Australia has attracted another favored son back to the homeland to take over a national program. Mark Lebedew has been... Archive Photo via FIVB

Volleyball Australia has attracted another favored son back to the homeland to take over a national program. Mark Lebedew has been announced as the new head coach of the men’s Volleyroos National Team, signing a two year contract. He replaces Italian Roberto Santilli, who didn’t have his contract renewed after Australia failed to qualify for the Olympics.

Lebedew will continue coaching the Polish club Jastrebski Wegiel and return to Australia during the summer international season to coach the men’s National Team.

A 49-year old native of Adelaide, Lebedew has spent most of his coaching career working in Europe with teams from Belgium, Italy, Poland and Germany. That includes as the head coach of SCC Berlin, whom he coached to three German Championships and a bronze medal in the European Champions League. In the 2013-2014 season, he was also an assistant with the German National Team.

“I was attracted to the chance to lead my home country to the success I have always dreamed, and to give back to Australian volleyball which has provided me with so many opportunities in my life,” Lebedew said. “The workload will definitely be challenging, but challenge is refreshing, especially if something is your passion,” he said.

Volleyball Australia has asserted a renewed effort to hire Australian coaches to lead its national programs, and comments by Volleyball Australia president Craig Carracher underscores that they view this as an important initiative to improve the depth of coaching domestically.

“The long list of over 40 applicants for the Volleyroos Head Coach role included some of the great names in international volleyball coaching, and we were humbled by the interest shown in our team,” Carracher said. “Australia is not only producing some of the finest volleyball athletes in the world, but our coaching systems are fast becoming recognised globally and our new programmes based at the Australian Institute of Sport will be world leading.”

Earlier this fall, VA announced that Victor Ainfiloff would be returning home from the Netherlands, where he’d virtually rebuilt every facet of the volleyball program, to take over Australian beach operations.

“Australia has had some moments of success in the recent past, with Olympic and World Championship qualification and World League wins,” Lebedew said. “Working together I am convinced we can consolidate those successes and make Australia a constant presence on the highest world stage.”