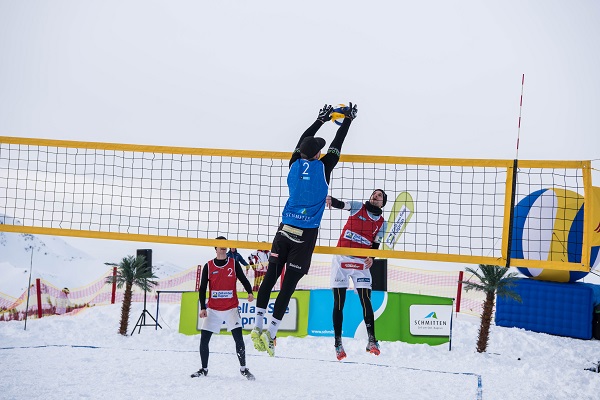 The men's and women's squads from Austria have been determined for the first-ever CEV Snow Volleyball European Championships.  Current Photo via CEV

Huber/Streitfellner swiftly ran through Mathias Seiser/Benedikt Kattner in the finals 2-0, (11-8, 11-4). Huber has been a prominent beach volleyball player in Austria but fell off the map following his split from Robin Seidl. Now Huber is trying his hand at snow volleyball as it is rising up in popularity across Europe.

On the women’s side of the competition, Klopf/Mair fought their way to the perfect weekend, not dropping a set. The duo took down Marilena Preiml/Maria Obernosterer 2-0, (18-16, 11-9) in a dramatically close final.

Armenia, Lithuania, Croatia and Russia have all determined their selections to compete in the European Championships that will take place from March 23-25, 2018, in Wagrain-Kleinarl, Austria. There are a total of 17 countries across Europe that will be able to qualify a spot in the championships, with their qualifier tournaments taking place up until three weeks from the tournaments start.