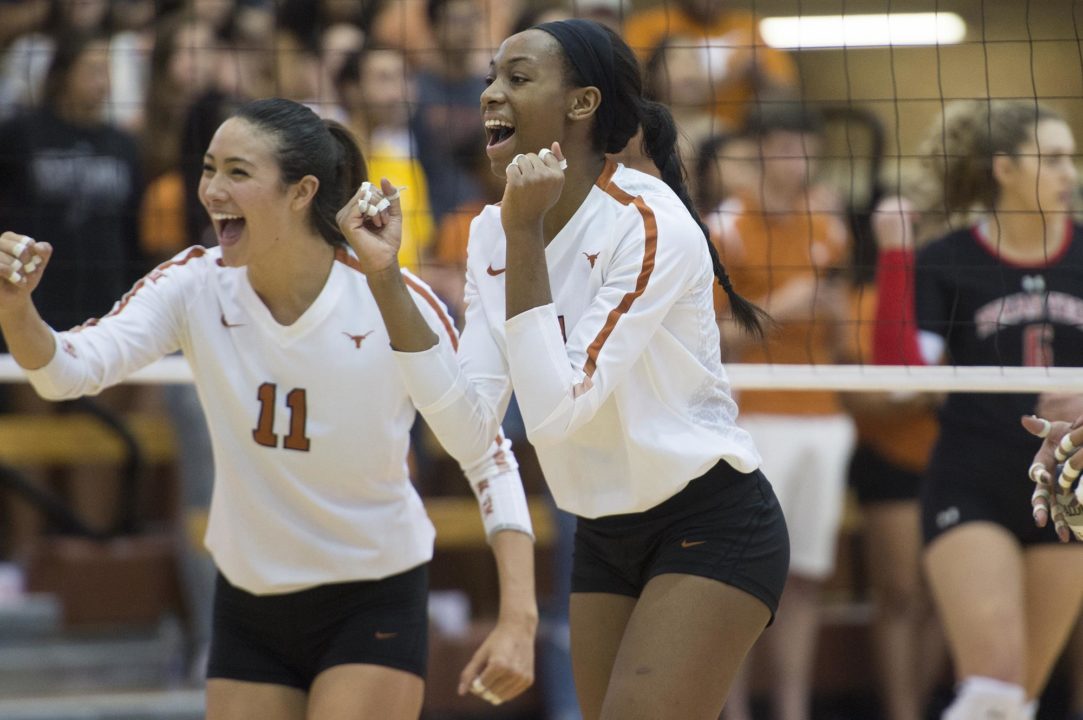 The AVCA has formally announced their selections for Division I Region Players of the Year from the 10 different regions around the nation. Current Photo via Texas Athletics

The AVCA has formally announced their selections for Division I Region Players of the Year from the 10 different regions around the nation. They chose the top player that has contributed the most for that region to represent the award this season.

This season, Julian Brown has been a strong force for the NC State Wolfpack, helping them to the NCAA Tournament as one of the Last Four In teams. They battled through their first-round match to upset Oregon State in five sets but were uphanded by Texas in the second round in a sweep.

Strantzali had a standout year with Miami as she helped the squad to the NCAA Tournament where they took down College of Charleston in the first round but were bested by Florida in the second round.

Strantzali put down 499 kills on the year with a.282 hitting percentage while also picking up 260 digs and recording 43 aces.

Havili made a huge impact with the Kansas squad this season, dishing out 1,342 assists on the year for an average of 11.37 assists per set. The Jayhawks made it to the NCAA Tournament this year as an at-large bid but were upset by Missouri in the first round.

Hunter was named the Big Ten Setter of the Year this season after leading Nebraska to a share of the Big Ten title. The Huskers were named the #5 seed in the tournament and are still going strong – set to face off against Colorado on December 8.

Simone Lee was a driving force for the Nittany Lions this year, leading them to the #1 seed in the NCAA Tournament. Penn State will take on an upset-happy Missouri squad in the Sweet 16 after downing Howard and Pitt in four sets during the first two rounds.

Plummer has continued to impress on the Stanford court, with 498 kills so far on the year and a .320 hitting performance. Additionally, Plummer has picked up 206 digs, 39 aces and 78 digs.

The Cardinals picked up the #3 seed in the NCAA Tournament, where they have flown through CSU Bakersfield and Colorado State in the first two rounds of play. They will face off against a hot and cold Wisconsin team in the third round of play on December 8.

Anae has had a standout senior season, with 522 kills so far on a .234 hitting clip. Additionally, Anae has picked up 385 digs and 52 blocks.

The Utes earned their way into the NCAA Tournament through an at-large bid and have had an easy go-around in the first two rounds, leading up to them facing Texas on December 8.

Cavanaugh helped WKU to the NCAA Tournament in all four years with the Toppers and even made it to the second round this year. In the first round, WKU topped Notre Dame in straight sets before having to face Kentucky to which they went up 2-0 in the match but could not hold on, losing in five.

Cavanaugh posted 489 kills for the season with a .357 hitting performance while also picking up 84 digs and 51 blocks.

Ogbogu made a huge comeback this season after being deemed academically ineligible last season, helping the Longhorns to a perfect Big 12 season and the #6 seed in the NCAA Tournament. The Longhorns are set to take on Utah in the third round on December 8.

Ogbogu put down 250 kills for the season with a .401 hitting performance along with an impressive 167 blocks.