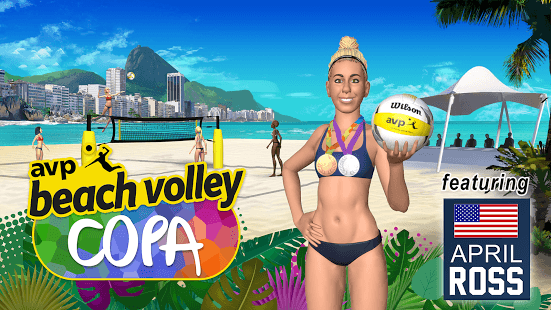 The game, available in the App Store and on Google Play, features two-time Olympian April Ross and locales from California to New York City. Current Photo via AVP

The AVP has come up with a way for you to experience beach volleyball, not just as a viewer, but as a competitor with the new AVP Beach Volley: Copa with April Ross game.

The mobile game, available in the App Store and on Google Play, features two-time Olympian April Ross. It allows players to test their skills on beaches from California to New York City from the palm of their hand.

The #AVP is now on your phone! Play with @AprilRossBeach in the AVP mobile game, AVP Beach Volley: Copa. Download?? https://t.co/8cLIW5jtJp pic.twitter.com/ma9K4a7itt

The game offers patrons a chance to partner with Ross and compete to earn the world’s No. 1 ranking. It begins with the AVPNext circuit and allows players to progress to the AVP Pro Tour. Locations vary from California beaches to a court on the New York City pier near One World Observatory.

Fans may down the game on the App Store and on Google Play.