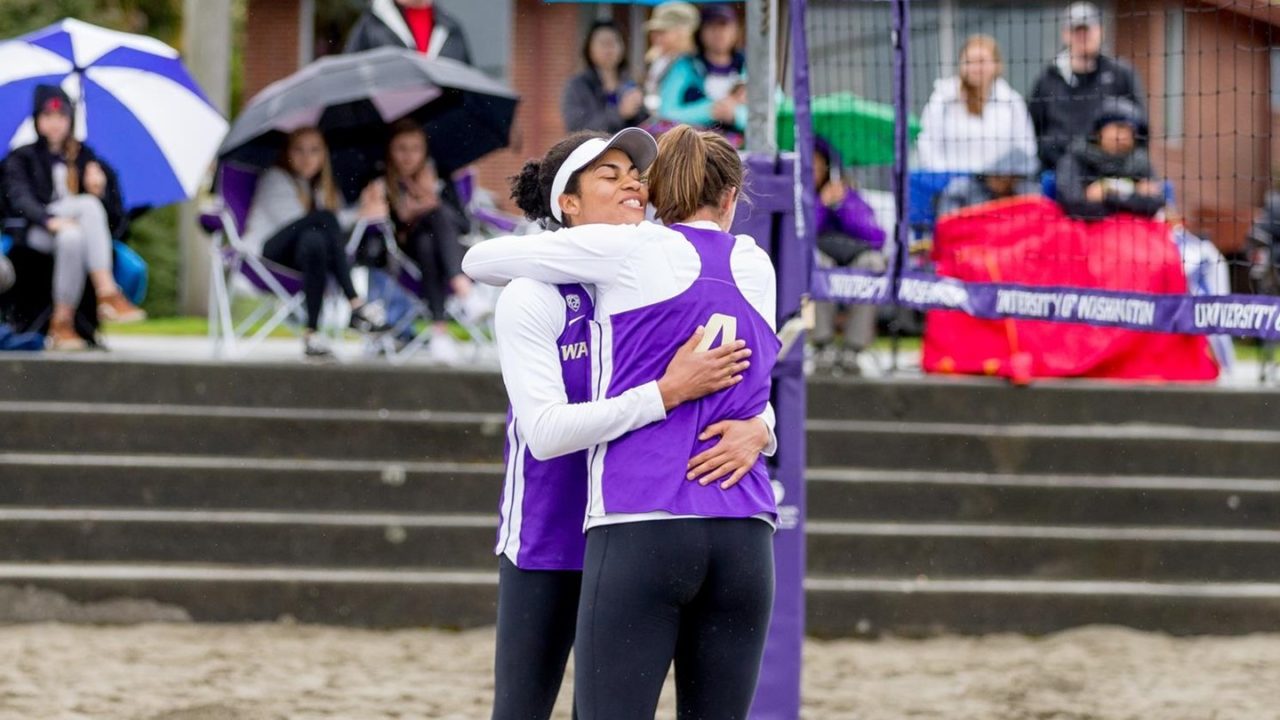 Saturday’s beach action included the first wins of the season for Utah, which moved to 2-6 with victories over Long Beach City College and Cal State Bakersfield, matching the team’s 2017 win tally.

It also saw a conference title clinched by Stetson and just one Top 20 upset. Washington registered the lone upset of the day, besting No. 13 Cal 3-2 and avenging a March 24 5-0 loss.

Stetson secured the ASUN title, clinched the No. 1 seed in the league tournament and ran the table on the conference with victories over North Florida (4-1) and Jacksonville (5-0) on Saturday. The wins move the Hatters to 10-0 in league play for the second straight season.

“I was really happy to see us come out against UNF and get those matches that we dropped yesterday,” Stetson head coach Kristina Hernandez said.  “We were missing Julie (Varga) and Lauren (Durham) this week, and I am proud of us for stepping up and playing so tough.  It was a great weekend for us, being able to go undefeated in conference again, and I am really proud of the team.”

No. 2 Pepperdine wrap up its regular season with 4-1 wins over No. 12 Arizona and No. 5 Cal Poly in the final home matches for head coach Nina Matthies. With the victories, the Waves went 8-0 at home on Zuma Beach to move Matthies record at 42-2 at the venue.

No. 3 Hawaii set a school record for wins in a season with No. 29 and 30 against Boise State and Arizona State at its home Senior Celebration. The 30 wins surpass the previous record of 29 set in 2017. The Rainbow Wahine extended their win streak to 25 matches with a pair of 5-0 victories. Eight of the 10 matches were decided in straight sets, including two by court 1 pair Emily Maglio and Ka’iwi Schucht, who extended their school record win streak to 21.

No. 4 USC got back in the win column with victories over Washington and Stanford at the Pac-12 North Invitational on Saturday in Seattle, snapping a three-match skid. The Women of Troy won on Courts 1, 3 and 4 in both matches to move to 18-9 on the season.

No. 7 Florida State went 3-0 against No. 11 Georgia State, Houston Baptist and New Orleans, dropping just two sets in the 15 matches, both against HBU.

No. 8 LSU notched two wins, besting TCU and No. 11 Georgia State after waiting through rain and lightning to complete the action.

No. 9 South Carolina and No. 19 Tulane turned in two victories each at the Palmetto Invitational.