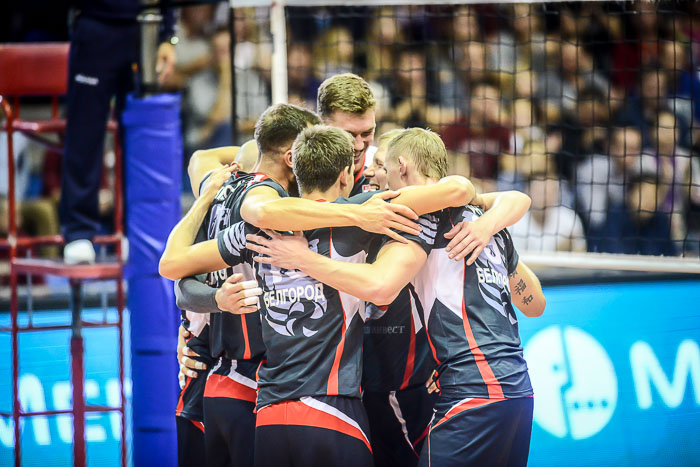 This is a fantastic achievement from one of the world’s best historic volleyball teams.  Belgorod has played 816 total games in the Russian SuperLeague, which means it has won up until now 73% of its games. To put things into perspective, no major American sports teams has won at this rate. Here are the respective league records:

Founded in 1976 to compete in student tournaments, Belogorie started to slowly grow into a powerhouse in the coming years, until it finally erupted into the national scene in 1992. Since then, it has won numerous titles and accolades, and holds the distinction of being the only Russian volleyball club to have participated in the final rounds of all European and FIVB competitions. Here is a list of all its titles:

Currently, it sits in second place in SuperLeague standings, with a 14-1 record.