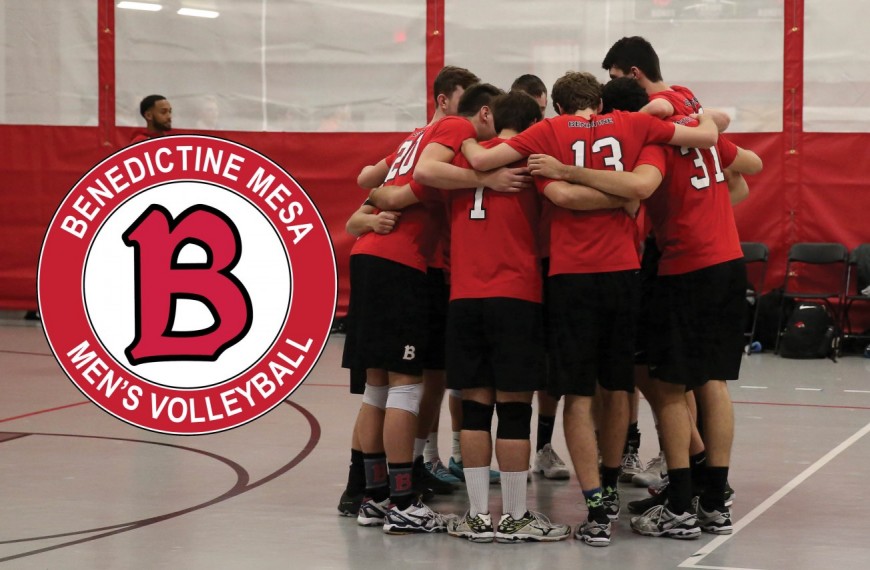 The Benedictine University Mesa men’s volleyball team made history in their second year in the NAIA, becoming the first program... Current Photo via Benedictine Mesa Athletics

The Benedictine University Mesa men’s volleyball team made history in their second year in the NAIA, becoming the first program in University history to be ranked in an NAIA Poll and to host an NAIA Qualifying Tournament.

This year, they add 13 players to a group of returners as they look to garner even more national attention in year three of the program.

Starting off the class is David Baker, a 2017 graduate from Bullard High School in Fresno, Calif.  The 6-4 middle blocker racked up 193 kills in his senior season last year.

Sam Buckels is a transfer from Holy Names University. In his lone year, the 6-8 Buckels racked up 74 kills at a .188 percentage during the 2016 season.

Treven Clizbe comes to BenU from Arbor View High school in Nevada. The 6-4 outside hitter comes to the Redhawks a decorated athlete, as he was named Southern Nevada Player of the Year after leading his team to a Northwest League Championship and tallying over 1,200 kills during his career.

Alan Gomez is a 2017 graduate of Skyline High School. The 6-2 Gomez earned second-team All-Conference honors in 6A as a senior.

Anthony Harrington is a transfer from Grossmont College, where he played in 13 matches last season, tallying 53 kills from his right side hitter position.

Dorian Lamar comes to BenU from San Pedro High School in California, where he played two varsity seasons for the Pirates.

Brian Mencke is a 2017 graduate of Canyon Del Oro High School. Last season, he was an honorable mention All-Kino Region in 5A.

Charles Pollnow hails from Las Vegas, Nevada and played his prep volleyball at Bishop Gorman, where he was a first-team All-State selection and the Southwest League Player of the Year as a senior after finishing with 454 kills and 365 digs.

Aaron Ritchey is a transfer and is returning to the volleyball court after starting his college career off on the football field. He is a graduate of Barry Goldwater High School in 2017.

Peter Tisnado comes to BenU from Paloma Valley High School in California, where the 5-9 defensive specialist helped his team to a 22-7 record, including a perfect 10-0 mark in the Sunbelt Conference.

Trennon Udall is a 2011 graduate of Gilbert High School, where he played varsity for three years, including a second-team All-State selection as a senior.

Antonio Barraza played his prep ball at Mesa High School, where he was a varsity letterwinner for three seasons for the Jackrabbits.

Rounding out the class is Byron Whitehead, a 2017 graduate of Heritage Academy in Mesa, where he was named the Player of the Year in the Canyon Athletic Association.

These 13 join a group of six returners as they will look to take the next step in the program and reach the NAIA National Tournament in 2018.