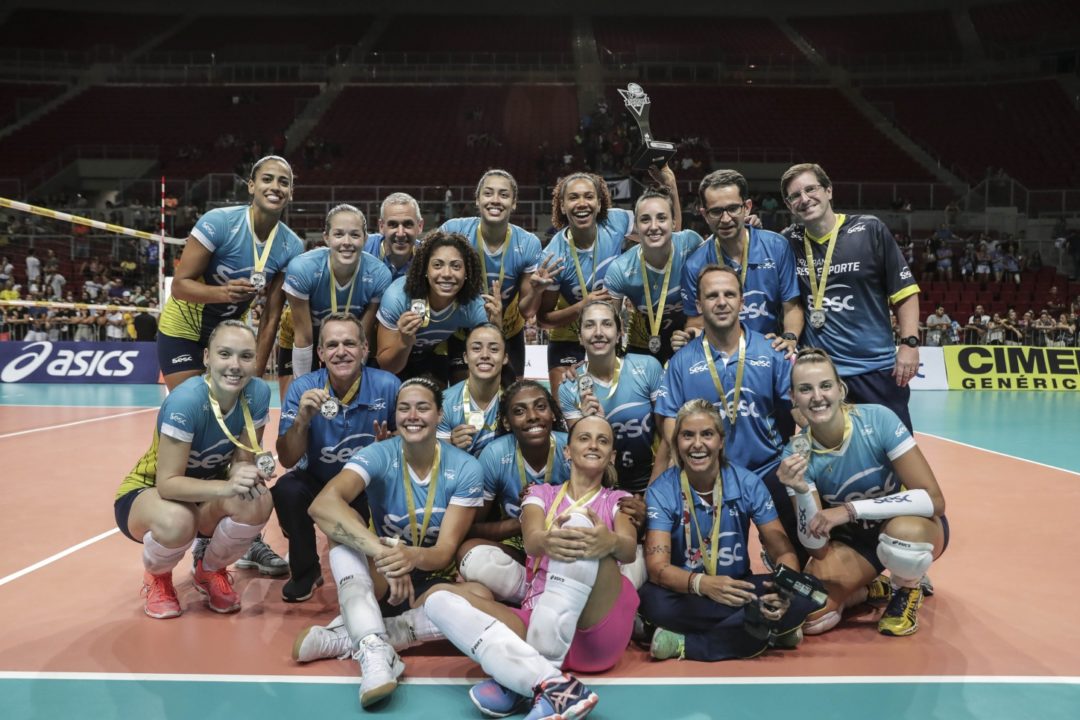 The world of Brazilian female volleyball continues to be dominated by Bernadinho’s Sesc/Rio, after yet another title win. In a very balanced game, the team needed five sets to down Camponesa/Minas and repeat as champions of Brazil’s Supercup this Friday. The game starred most of Brazil’s major stars, as nine national teamers were in uniform, four for Minas and five for Rio.

After losing the first set 25-21, Bernadinho subbed Juciely Barreto into the game. She made all the difference, spearheading the team’s defense at net, and allowing Rio to take the next two frames 25-22 and 25-19. Juciely is coming off a knee surgery that kept her off this year’s Grand Prix, so it’s only natural that she started the game on the bench. Minas recovered on the fourth set, taking it 25-19, which set up the tie break. The decider was close up until its half, after which Rio connected with a couple of blocks to sprint ahead and close it at 15-10.

This is Rio’s third title of the 2017-2018 season, as they had already won Brazil’s Cup and and the Rio State Championship in the past weeks. The team will start its Superliga run on 10/17 against Sesi. Meanwhile, Minas starts on the same day against São Caetano. The team hasn’t informed the media if Destinee Hooker, a silver medalist with Team USA in the 2012 Olympic games, will be ready to play in the season opener.

Check out Sada Cruzeiro’s title win over EMS/Taubáte in the male Supercup here.