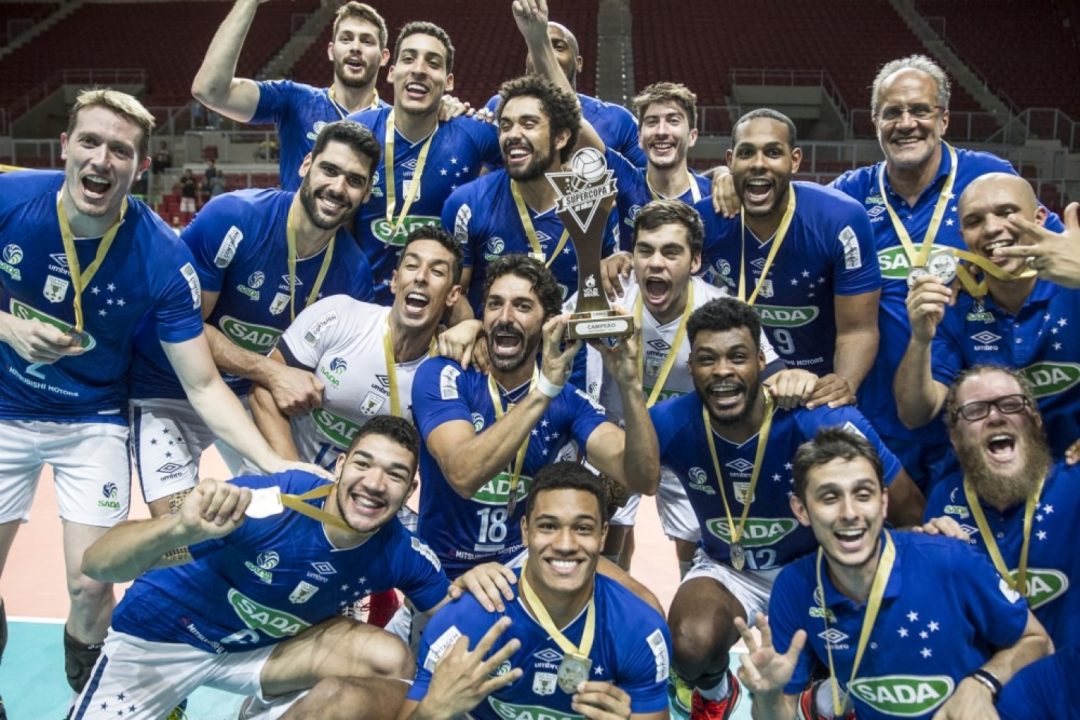 Sada Cruzeiro continues its dominance in Brazilian volleyball with another title. Current Photo via FIVB

Five Olympic gold medalists were on the court this past Wednesday night as FIVB Volleyball Men’s Club World Championship current winners Sada Cruzeiro beat EMS Taubaté in a come from behind 3-1 win (25-27, 25-22, 25-20, 25-22) to guarantee its third Brazilian Supercup trophy.

After a rocky start that saw them narrowly lose the first set, Cruzeiro really locked in their serving and blocking game to completely annul Taubaté’s title pretensions. Yoandry Leal scored 18 points for Cruzeiro, while Wallace Sousa also had 18 points, but for the losing side.

This is Cruzeiro’s third trophy of the 2017-2018 season, as they also raised Minas State Championship and Ciudad de Bolívar Cup honors. To further contextualize Cruzeiro’s dominance on Brazilian volleyball, the Brazilian Supercup started to be held in 2015, and Cruzeiro has won all of its editions. Also, since 2010, Cruzeiro has participated in 35 official tournaments, reaching 32 finals and winning 28 titles. However, if there is any team that can hope to offer Cruzeiro any resistance in this year’s Superliga, Taubaté is still the prime candidate, as the team will only improve after Marko Ivovic is completely healed from his ankle injury.