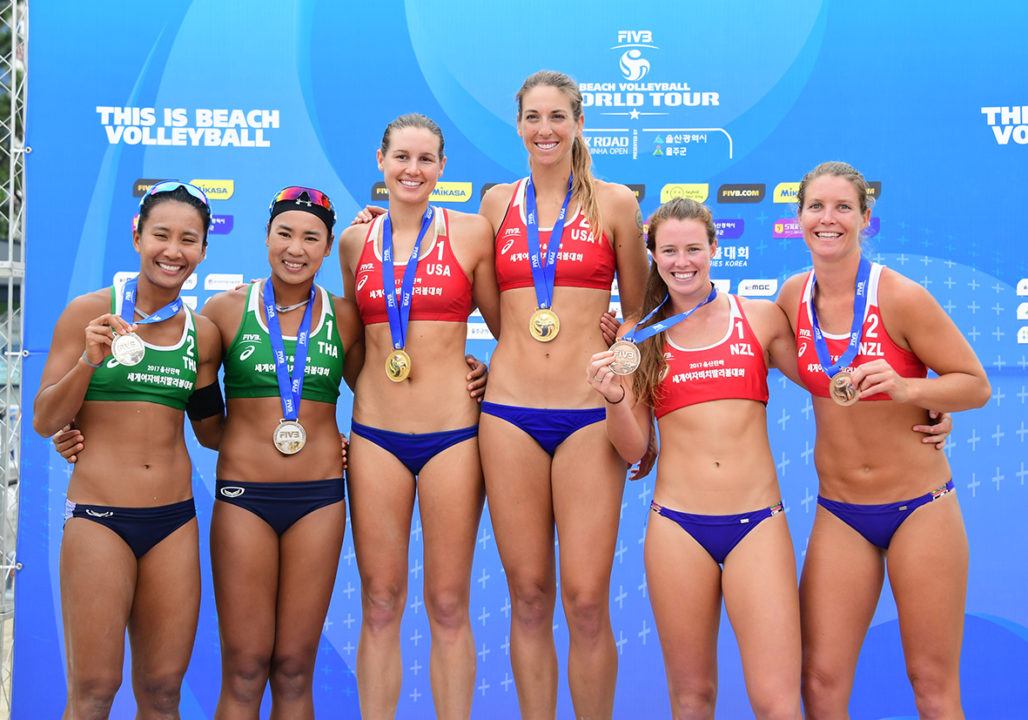 After three days of competition, Betsi Flint and Kelley Larsen have claimed the title in Ulsan, the pair took down top-seeded Varapatsorn Radarong/Tanarattha Udomchavee in straight sets.  Current Photo via FIVB

After three days of competition, Betsi Flint and Kelley Larsen have claimed the title in Ulsan, the pair took down top-seeded Varapatsorn Radarong/Tanarattha Udomchavee in straight sets. For Flint/Larsen, this is their second appearance on the Tour, with their first stop being in Jiangning, Nanjing, a two-star event, where they also took the gold medal.

In the bronze medal match, Shaunna Marie Polley/Kelsie Wills from New Zealand took down Rumpaipruet Numwong/Khanittha Hongpak in a 2-0, (21-17, 21-18) match. The first set opened with a six point gap for Polley/Wills but Numwong/Hongpak tightened up the score but were not able to keep their momentum going, losing 21-17. The second set was led by Numwong/Hongpak until Polley/Wills caught up at 11-11. From there, it was a tough battle until 18-18 when Wills scored three in a row on a kill, block and ace to end the match.