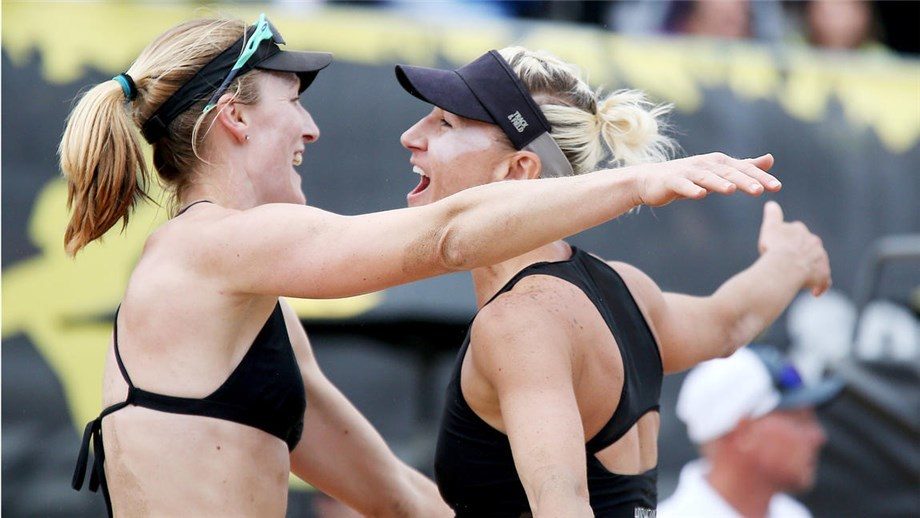 The first day of the Hermosa Beach Open main draw has concluded with round 4 of play to pick up on July 22. Current Photo via AVP

The first day of the Hermosa Beach Open main draw has concluded with round 4 of play to pick up on July 22. This is the first time the AVP Tour has stopped in Hermosa Beach since 2010. From 1984-2010 the event was a regular feature on the tour and has now been re-added.

The elimination portion of the tournament begins on July 22 with the contender’s bracket kicking things off for both the men and women.

The second-seeded Taylor Crabb/Jake Gibb won both of their day one matches starting with Raffe Paulis/Spencer Sauter 2-0, (21-9, 21-19) than Reid Priddy/Ricardo Santos 2-0, (21-19, 21-17). Priddy recently announced that he will be trying for his fifth Olympic Games in Tokyo but on the sand. Priddy has been a strong fixture for the U.S. Men’s National Team but has dabbled slightly in beach volleyball before really turning things up on the indoor side. Much like Allen/Slick, Priddy/Santos will await their contender’s bracket match on July 22.