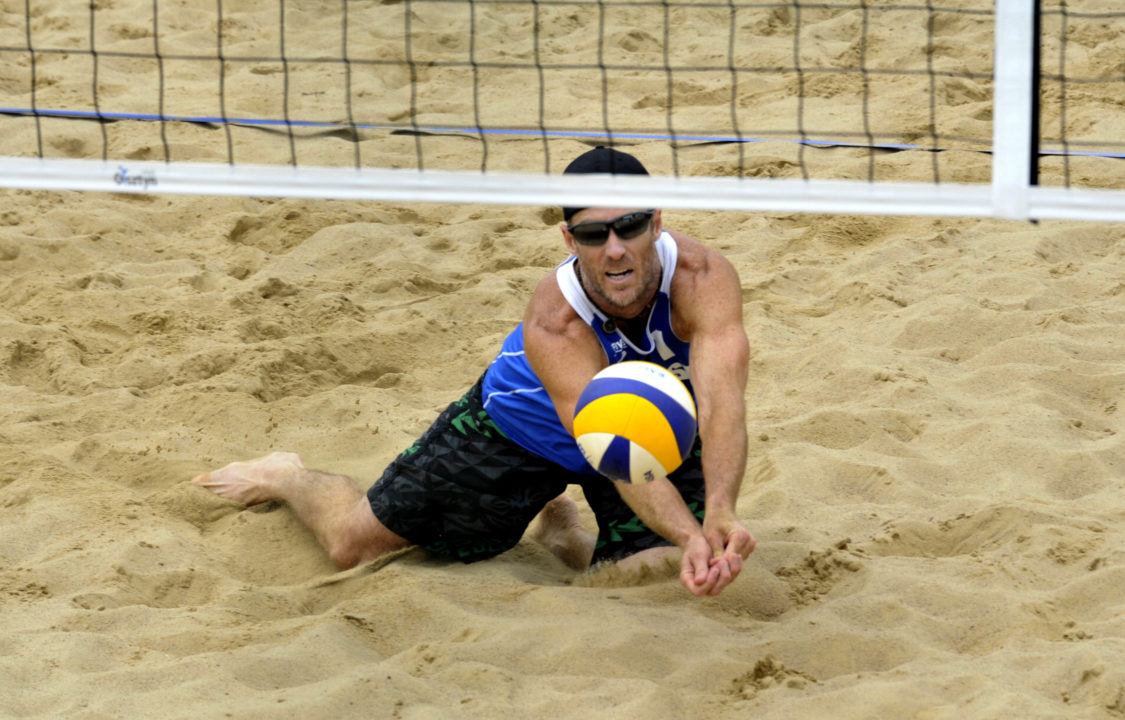 The men’s quarterfinals of the Olszytn Four Star were decided during early Saturday morning with teams from seven countries moving on. Current Photo via FIVB

The men’s quarterfinals of the Olszytn Four Star were decided during early Saturday morning with teams from seven countries moving on. The United States was the lone country to grab more than one spot in the third round as 44-year old John Hyden and Ryan Doherty and podium mainstays Phil Dalhausser and Nick Lucena posted straight set victories.

Hyden/Doherty are looking to break onto the podium for the first time in 2017 after making three previous quarterfinal appearances. The pair has finished fourth once and fifth twice. Hyden is the oldest player to win a FIVB World Tour event, doing so at 41 years, eight months and 15 days back in 2014.

Meanwhile, Dalhausser and Lucena are looking for their second straight title after taking the Long Beach President’s Cup last weekend. The Americans also won gold at the Gstaad Major and in Moscow.

Joining the Americans in the quarterfinals are teams from Belgium, Russia, Mexico, Germany, Latvia and Poland.

Six of the eight Round 2 victories came in straight sets, with Latvia’s Martins Plavins and Haralds Regza and Poland’s Mariusz Prudel and Kacper Kujawiak going the distance.