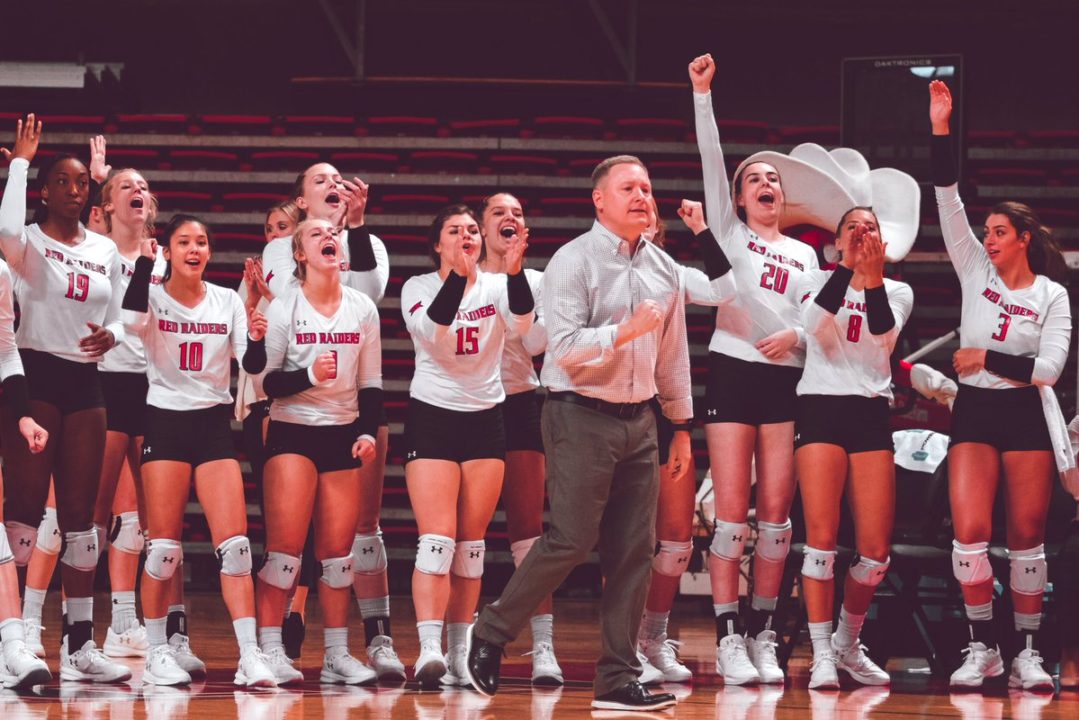 Big 12 Conference Sept. 28, 2018 Both Friday matches were decided in four sets with the home team coming out... Current Photo via Texas Tech Athletics

Both Friday matches were decided in four sets with the home team coming out on top. Texas Tech remained atop the standings at 3-0, while Baylor moved to 2-2.

Baylor hit .300 or better in three of the four sets of the victory, while moving to 7-2 at home on the season.

Yossiana Pressley just missed a double-double with 18 kills and nine digs to lead the Bears. Gia Milana added 14 putaways on a team-best .429 clip, while Shelly Fanning chipped in 11 putaways and three blocks. Aniah Philo pulled up a match-high 22 digs to go with her nine-kill tally. Nicole Thomas put up a team-leading four blocks.

Baylor snapped a 6-all tie in Set 4 with a 4-0 run, including a kill and a block by Thomas and two OU miscues. The Sooners tied it up five times, last at 19, before the Bears pulled away for good at 23-19. Kills by Milana, Fanning and Hannah Lockin put Baylor up 23-19 forcing an Oklahoma timeout. The Sooners responded with four of the next five points, including a kill by Sanders to thwart the first match-point try at 24-22. Philo wrapped up the match at 25-23 with her ninth putaway.

The Bears take care of business in a late night battle on ESPNU! #SicEm pic.twitter.com/OSmVeqlHvf

Texas Tech moved to 3-0 in the Big 12 for the first time since 2000 and snapped a 23-match losing skid against Iowa State with a four-set comeback win on Friday.

Jess Schaben turned in a 19-kill, 15-dig double-double and three blocks for the Cyclones, while hitting at a team-best .260 clip. Josie Herbst and Grace Lazard added nine and eight kills respectively. Candelaria Herrera chipped in seven putaways and a team-leading eight blocks.

Iowa State grabbed a 4-2 lead in Set 4 only to see Texas Tech rattle off 13 of the next 18 and jump ahead 15-9. Hill posted four kills and a block in the run, while Atwood added three putaways. The Cyclones called timeout, but could only stop the Red Raiders momentarily, falling behind by eight at 22-14. ISU managed three in a row including a kill and a block by Schaben, but were outscored 3-1 down the stretch. A kill by Hill gave TTU the match at 25-18 on its second try.