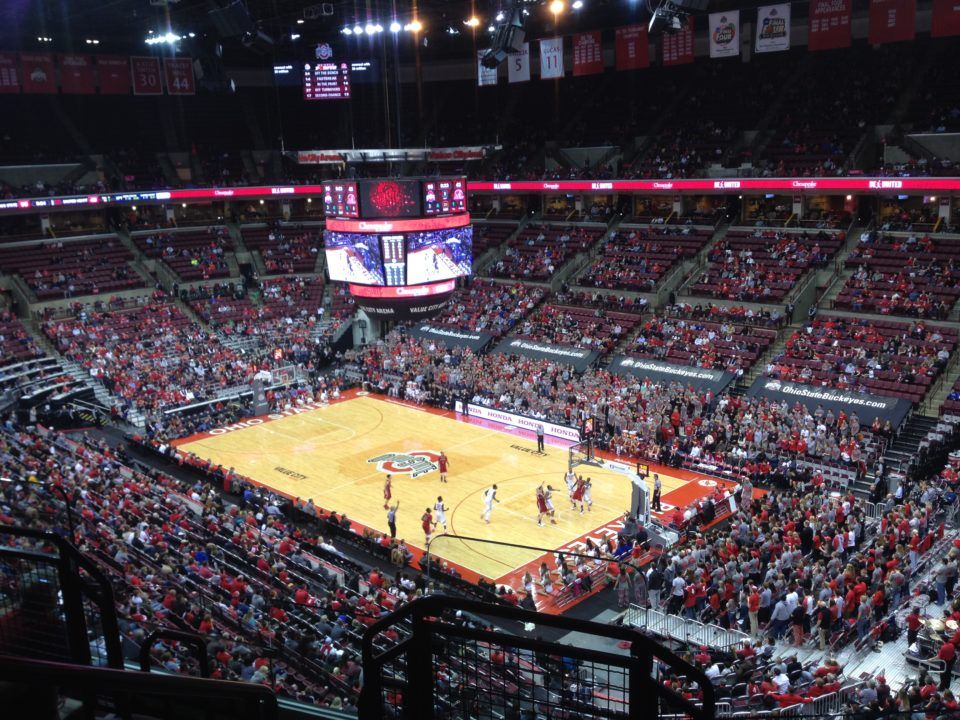 The Ohio State Buckeyes will have the opportunity on Saturday night to not only win their second-straight NCAA Championship match, but to do so in front of a home crowd at the St. John Arena in Columbus, Ohio. There they will face the BYU Cougars in a rematch of last year’s championship game.

Since the NCAA officially recognized its NC Championship division of men’s volleyball in 1970, 12 teams have won titles in front of a home crowd. Most frequently on that list is UCLA, who have won 9 of their 19 titles in their home Pauley Pavilion.

As parity has spread out the titles in the new millennium, it has become less common, but still has happened twice this decade – Loyola Chicago won in 2014 at Gentile Arena, while Stanford won at Maples Pavilion in 2010.

Ohio State has won 2 national titles in program history (2011 and 2016), but neither of them were done on the 4 occasions where St. John Arena has hosted the final rounds.

But how much does home court advantage mean on a macro scale?

In 2017, the splits (according to the final regular season April 22 RPI rankings):

This simple analysis does not control for strength of opponent, but it still represents a significant first-degree advantage for the home teams.

Hawaii, as one might expect, have had a significant spread – they’re 18-0 at home, and 7-6 on the road (on the mainland). Given the significant travel and time changes required for Hawaii’s home games and road games, this makes sense.

They struggled against Ohio State, however, which is a 9.5 hour flight from home, and 6 hours of time difference. That’s the equivalent of travelling from New York to Moscow and trying to reset the body’s time.

The Buckeyes themselves were 16-0 pre-NCAA tournament at home this season, and haven’t lost at St. John Arena since February 6, 2016.

BYU, meanwhile, was better this season on the road (10-1) than at home (14-2), with their only away loss coming in the season’s opening weekend at then-#11 Loyola.

BYU has a ways to travel as well (2 time zones, 5 hour flight time), but showed no rust in their man-handling of Long Beach State in the semi-finals. The chance on Tuesday for an opening game against Barton, the lowest of the championship qualifiers, probably played in their favor.

BYU leads the all-time series between the two 11 wins to 5. More significantly for this analysis, that includes the Cougars winning 5 out of 6 games at St. John Arena in their history.

While generally, the anticipated home court advantage holds up in men’s volleyball, it seems as though BYU’s specific attributes might neutralize it. THat should leave to a fair, competitive match between the defending champion Buckeyes and the Cougars, who with Ben Patch back healthy appears to have at the right moment gelled all of its offensive weapons together into a cohesive, title-worthy unit.