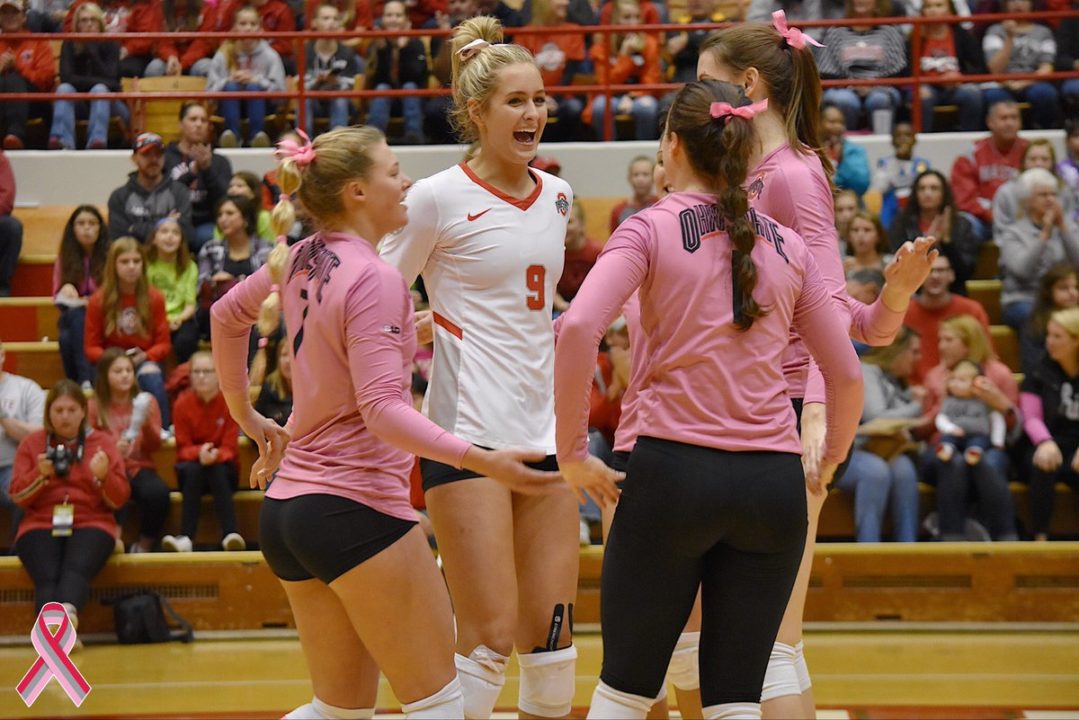 Only four teams in the Big Ten were in action Sunday afternoon. In Columbus, Ohio, the Ohio State Buckeyes swept Michigan State in a match televised on ESPN2. The Buckeyes’ rival, #14 Michigan overcame a sluggish start to upend Maryland in four sets on the road.

Maryland caught the Wolverines by surprise in the opening set, as it jumped in front 5-0 right away. The Terrapins kept Michigan at bay for most of the set, as they used a 4-0 spurt to go in front 17-11. Maryland then closed out the Wolverines 25-19 to take the first set.

Michigan again gained an early advantage and led for most of the third set. But Maryland used a 5-0 run to cut the deficit to one at 22-21. The Wolverines scored three of the final four points for a 25-22 win.

With a slim 13-11 advantage in the fourth set, the Wolverines then used an 8-2 run to take control at 21-13. The Terrapins won the next two points before Michigan took the final four points and the match, with a 25-15 win.

💗 Today we celebrated the Cancer Survivors.