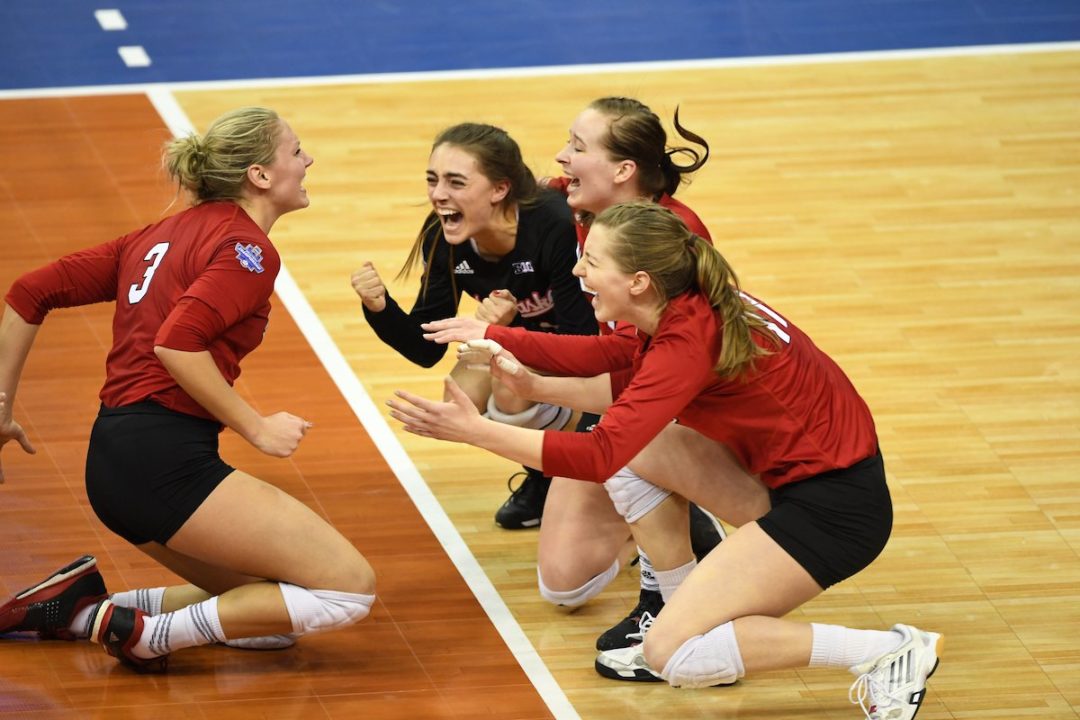 • Nebraska’s Mikaela Foecke and Kelly Hunter were named the Co-Most Outstanding Players of the NCAA Tournament.

• Penn State middle blocker Haleigh Washington has been selected as the 2017 Senior CLASS Award® winner in NCAA® Division I women’s volleyball. The award is given annually to the most outstanding senior student-athlete in Division I volleyball. For more, click here.

• Four Big Ten volleyball standouts were named to 2017 Academic All-America Division I Volleyball Teams as announced by CoSIDA: Iowa’s Annika Olsen, Michigan State’s Rachel Minarick and Purdue’s Ashley Evans were first-team selections, while Penn State’s Haleigh Washington was a second-team honoree. Evans and Washington each earn a spot on one of the three teams for the third time in their careers, while Olsen and Minarick claim the honor for the first time. For more, click here.

• Since the 2012 season, four Big Ten schools (Minnesota, Nebraska, Penn State and Wisconsin) have been ranked No. 1 in the AVCA coaches poll a total of 51 weeks. During that span, the Nittany Lions have earned the top spot 28 times.