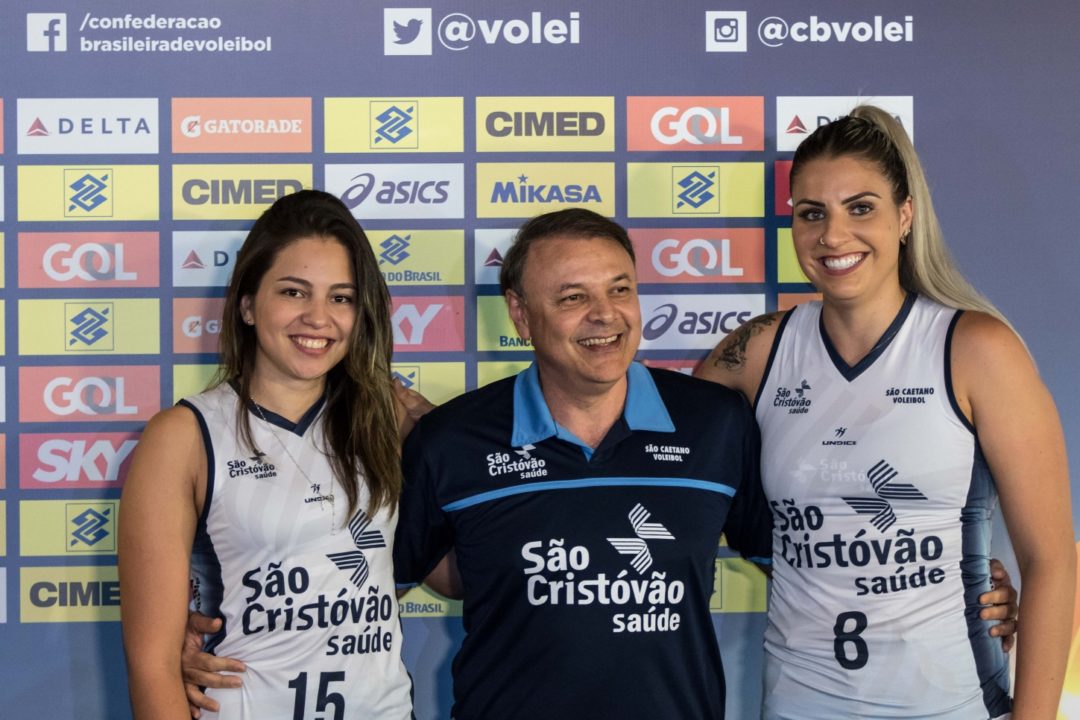 Superliga's second half kicked off. Current Photo via CBV

Just like in Superliga’s 1st round, the modest São Caetano team once again upset mighty Camponesa Minas, this time with a little bit of more effort than their previous 3-0 match. This week’s game was a truly contested, only being decided in the fifth set (25-18 16-25 25-22 16-25 15-10). Sabrina Machado led the way for São Caetano with 18 points. Rosamaria Montibeller had 20 points in the losing effort. Minas out-blocked and hit better from the field than São Caetano, but errored more than its opponent, which was the difference maker down the stretch.

São Caetano, which lacks aggressive financial investment, has been a rock in the shoes of many powerful squads this season and is greatly overachieving. It may have just what it takes to make it to the playoffs this year. Below, you’ll find information from all of the day’s games:

Nicole Fawcett had a very quiet performance against Valinhos, scoring 7 points on 5/18 hitting (28%) to go along with two blocks and an ace. Destinee Hooker did not enter her game against São Caetano due to a coach’s decision.

Team of the Week: São Caetano

There is a long gap between São Caetano and Minas in the standings, but that fact alone wasn’t enough for the overachieving squad to beat Minas for the second time this year and sweep their season series. With the win, São Caetano holds firmly to the 8th spot, in spite of Bauru‘s strong chase to get inside the playoff zone.

Player of the Week: Nadja Ninkovic

The Serbian player has been slowly getting into her best shape ever since she joined Osasco. With Superliga past its halfway point, it now looks like Nadja has found her best game. This week against Barueri, she connected on 8 of 10 kills to go along with 5 blocks and an ace to completely take over the game on both “sides” of the court. If she continues to play like this, Osasco may just have a chance against Uberlândia and Sesc