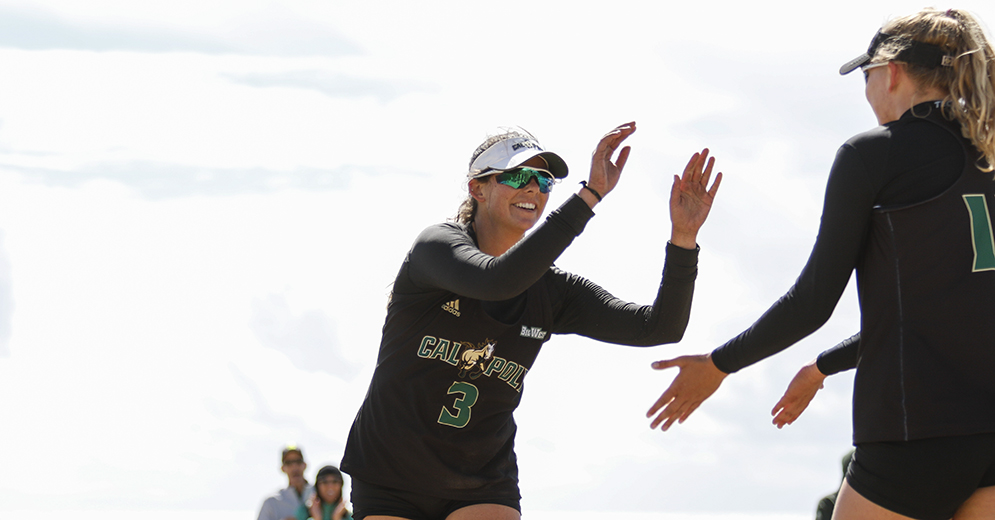 The six-foot 22-year-old from the United States will be position one setter for the Slovakian team. On facebook Nelson wrote, “can’t wait to start my professional career and rookie season in Bratislava, Slovakia!!”

The team posted a picture of Nelson to their Instagram account. “Our new California setter is already housed and ready for training!”

Nelson just finished her final season competing with the Cal Poly Mustangs. The Granite Bay, Calif. native managed 1196 assists in her final year, her highest amount in her four seasons with the Mustangs.

Nelson will be joining a team that won the last four Slovak cups in a row and finished second in the final at last year’s Women’s Extraliga (the highest level of the Slovak Volleyball league).

Slavia Bratislava will be playing their first match of the season on September 29th against BVK Bratislava, the team that beat them 3-1 in the final of last year’s women’s Extraliga.

The two teams have competed in the final against each other six times since the 2010-11 season where Slavia Bratislava claimed victory over BVK. In their six matchups the two teams have gone an even three for three in wins adding even more excitement to the upcoming match.

Slavia Bratislava is arguably one of the top teams in the Slovakian league. They’ve finaled every year since they entered the league in the 2009-10 season, winning six times thus far. The addition of Nelson to the team makes them a strong contender again this season.